Camino Baztanés: This is the route of the Camino de Santiago

The Camino Baztanés offers a direct connection between Spain and France, with beautiful natural surroundings and incredible stories from ancient times. 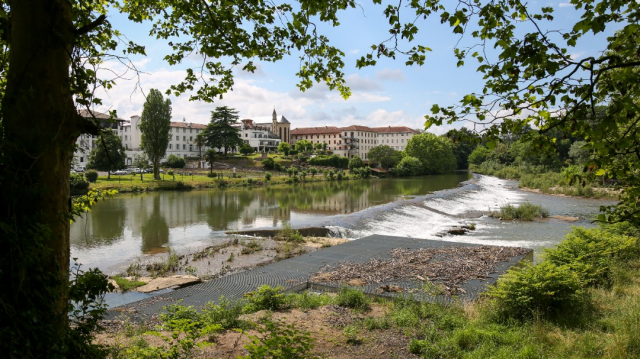 What is the Camino Baztanés?

The Camino de Santiago is made up of a wide variety of routes, which are divided into main and secondary ones. While the former end their route at the Cathedral of Santiago, the latter serve as a link between different towns. This group includes the Camino Baztanés, which serves as a connection between Bayonne (France), its starting point, and Pamplona.

It was a route created in the Middle Ages and was very popular with kings, armies and pilgrims as they tried to cross the border between countries. It crosses the Pyrenees, although its route is not really complex, but in ancient times it was one of the favourites because it allows you to cross the area at a lower altitude than other routes that go through the aforementioned place.

Over the years, this route has gained great popularity, seeing an increase in the number of pilgrims who dare to make this journey. It is not only the altitude of the route that makes it easier for more and more pilgrims to walk it, but the extraordinary landscapes and the welcoming hostels of the place manage to provide a unique approach that attracts more and more people every day.

Another of the highlights of this route is its rich history, where we find mythological characters and all kinds of legends that have been passed down from father to son and shared among pilgrims. It is also very important for its folkloric heritage, which is still very present in the area, together with a very careful culture that will allow us to know secrets from the past.

The Camino Baztanés is also known as the Urdax-Baztan Way. Its good signposting, stories and the altitude of its path have increased its popularity, even though it does not reach the high figures of other paths such as the North. However, its route is attractive to walkers and people in good physical shape, who are recommended to take this route.

It is not very complex, nor does it have dangerous passages, but its difficulty lies in the stony and sometimes badly maintained paths. Furthermore, as it is a mountain route, although it is not excessively high, it does have certain unevennesses which can hinder the progress of pilgrims less accustomed to this type of route.

One of the reasons that may lead us to opt for this route is simply the beauty of the landscapes it presents. On the route, the Camino Baztanés is presented, the place that gives its name to this route. It is one of the most spectacular Pyrenean valleys, standing out both for its size and for the tradition and culture of the area. Moreover, its mild temperatures offer the opportunity to enjoy this route at any time of the year.

Among all the reasons that can cause a pilgrim to choose this route, is its affordable link to the French Way. Therefore, it is one of the most interesting options for pilgrims who want to start their journey from France and wish to marvel at the first great city on the Camino de Santiago, Pamplona.

The Camino Baztanés begins in Bayonne, where it starts at kilometre zero and ends in Pamplona. There, the pilgrims end their journey of the Camino Baztanés to start the French Way. All this, after a route that is divided into six fascinating stages that take us through the Baztan Valley and across the borders between France and Spain.

What is remarkable about this route is its good signposting, despite the fact that there are areas from Olagüe where many walkers expect an improvement. But, fortunately, in France it is well signposted with small stickers that indicate the direction of the walk, so that, without the need for excessive signposting, we can enjoy the route.

The total distance covered by this route is 110 kilometres, linking Bayonne and Pamplona. It is divided into six stages, recommended for walking.

One of the best preserved historical places on this route is the Monastery of San Salvador de Urdax, where we finish the second stage. In the third stage we finally enter the Baztán valley, when we pass Otsondo. The fourth stage runs fully through the valley, and we cross its capital, Elizondo.

The fifth stage is the hardest, but also the most spectacular because of the landscapes. It crosses the port of Belate, with beautiful views and which runs along the remains of the Roman road. It also passes by the monastery of Santa María, which once served as an old hospital for pilgrims.

In the last stage the landscape changes completely, as we approach Pamplona with its flatter and more urbanized terrain. This stage initially leads to Trinidad de Arre, but it can be continued to Pamplona. We would add a total of 25 kilometers, that many pilgrims choose to do.

Eguzkilore to protect a house, image from Wikimedia Commons

Mythology on the Camino de Baztán

The Baztán Valley has a rich mythology that has been preserved to this day. One of the most recognized figures of Baztan folklore is the Basajaun, the lord of the forest. It is a humanoid creature (some find it similar to the yeti) that alerts the shepherds to the presence of beasts and storms. It is a peaceful creature that seeks to maintain balance in its domain, the Baztán forest.

There are other figures, such as the evil Cyclops Tarttalo or Inguma, the spirit of bad dreams. But do not be alerted by the presence of superhuman creatures in the forest, because if you carry a thistle flower (eguzkilore, in Eukera) with you, it will act as a talisman and you will be able to walk protected.