The Pilgrim's Office will not take into account the new signage and will continue granting the compostela to pilgrims starting from Lugo. 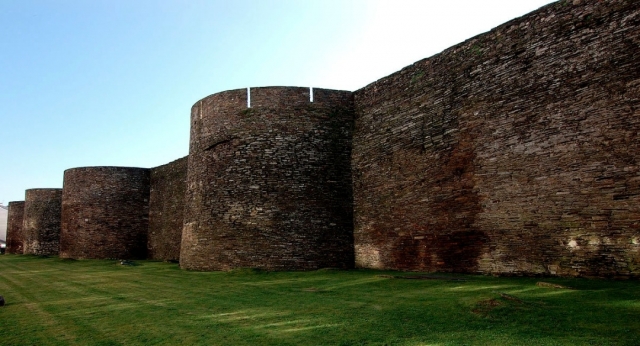 One of the symbolic attractions that many pilgrims value when making the Camino de Santiago is to be able to obtain a certificate that proves that they have traveled at least the last 100 km of the route in any of its variants. So much so that many pilgrims organize their journey starting only from localities that are at least this distance from Santiago, so that they can deliver their sealed credentials in the city of Compostela so that they can obtain the compostela. This fact is more important than it seems for some Galician municipalities of the Camino, from where tens of thousands of pilgrims leave for this reason.

The best known, and from where last July 1 out of 4 pilgrims who got the compostela, is the locality of Sarria, in the French Way (the route more crowded by much), but the minimum of 100 km to obtain the compostela also affects and much to the city of Lugo. Until now it has always been possible to obtain the compostela if it started from the Roman city, but with the recent new change of signage and the route carried out by the Tourism Agency of Galicia it was feared that this would cease to be so. The reason, the landmark that is at the entrance of the old city now marks 99.583 km to Santiago instead of 103.625.

However this week from the Office of the Pilgrim of Santiago de Compostela, responsible for granting the compostelas, it has been made clear that despite the changes, the new marking will not be taken into account when issuing the certificates. The pilgrims will however have to make sure that in their credentials there is no shortage of the Lugo stamp when presenting it at the end of the Camino. Had the change of marking been taken into account and denied compostelas, the change would have been economically detrimental to the walled city. The recent signposting and the new landmarks placed on the Primitive Way have meant substantial changes in the distances to Santiago; In the case of Lugo, has been shortened by 4 kilometers.