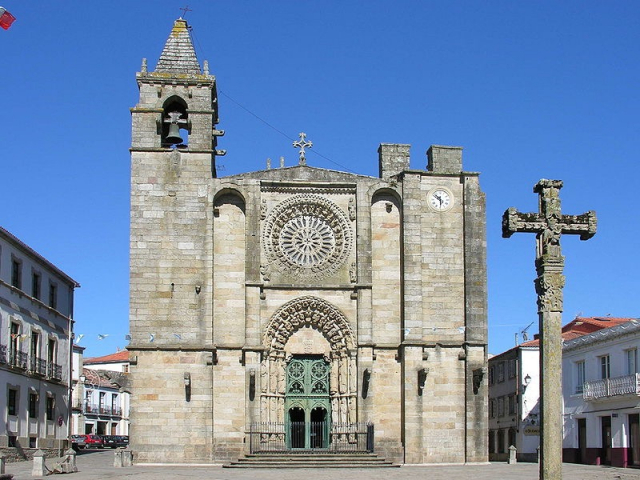 Galicia is full of small coastal towns with an incredible charm and tranquility that impact all pilgrims who visit them. One of the last Jacobean routes, the Camino de Santiago of the estuary Muros-Noia, is perfect for discovering this type of localities, and in it we can find monuments as striking as the Church of San Martiño de Noia.

A Gothic church with a striking legend

This building has been declared a National Monument and has more than 500 years of history, as it was completed in 1434. It is characterised by its Galician Gothic style, easily recognisable in its large rose window and stained glass windows, which were brought from France.

On the façade, specifically on the doorway, we can see a great influence of Master Mateo. On the one hand, we find the twelve apostles in the jambs, and on the other, an arch representing Christ and the twelve elders of the apocalypse, which is very reminiscent of the Portico de la Gloria.

The imposing towers also stand out, although, as we can see, one of them is only half built. Legend has it that whoever decides to finish it will meet a sad end. This is based on the stories of two men who fell from the tower when they tried to fix it, one of them in papier-mâché, as it was part of the set of a film.

The church, which is located in the Praza do Tapal, a few metres from the Noia estuary, is the perfect opportunity to see the best example of an ogival temple in the Galician community. A must for all pilgrims visiting this beautiful coastal town.

The weather in Noia 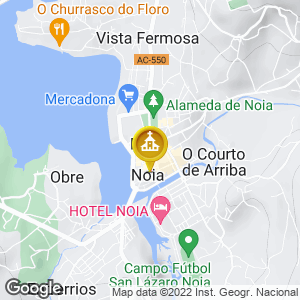