Do you remember Pelegrín, the mascot of the Camino de Santiago?

The name Pelegrín corresponds to a Galician variant of the noun "pilgrim", and its design recreates the spirit of these hikers in an image. 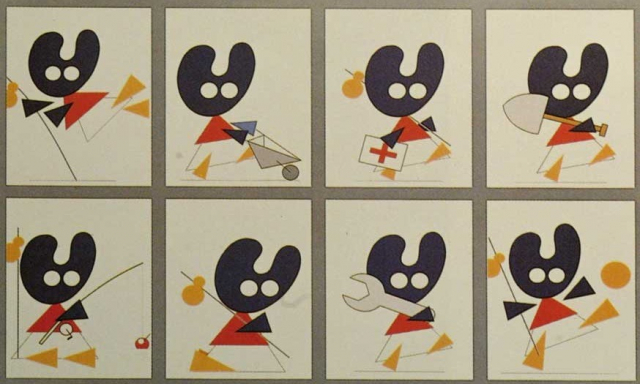 More and more people are encouraged to walk the Camino de Santiago. Nowadays, the pilgrimage has gone a step beyond universal beliefs, so it is not only a religious phenomenon, but it is also traveled for reasons as varied as self-improvement, physical exercise, the search for inner peace or enjoy hiking and its incredible panoramic views. No matter what the reason is that leads pilgrims to do the Camino, this historic route offers an unforgettable experience.

To make the adventure even more complete and enriching, it is a good idea for pilgrims to get to know some of the most iconic and important symbols of the Camino de Santiago. Some of them can be discovered during the pilgrimage such as the scallop, the yellow arrows or the pumpkins on the pilgrim's staff, but there are others just as interesting as Pelegrín, the mascot that became the symbol of the rebirth of the pilgrimage to Compostela.

He was born in 1993 coinciding with the celebration of a new Compostela Holy Year.

Pelegrín was one of the most widespread images of Xacobeo 93, a tourist and cultural plan of the Xunta de Galicia for the Compostelan anniversary whose purpose was to promote the pilgrimage of Camino de Santiago and to make the Jacobean Route known at a universal level. This whirlwind of information needed an icon. The yellow arrows began to become popular and the cultural imaginary such as the pumpkins and shells of Santiago already had their great place within the Camino. But what is now called the first "Compostela Holy Year" needed a symbol to identify it quickly.

With this in mind, in 1993 Pelegerín was born, whose name corresponds to a Galician variant of the noun "pilgrim". Composed of a series of simple lines, geometric and abstract shapes, simple but striking colors and carrying a walking stick and a backpack (essential accessories for the Camino de Santiago), the father of this successful work wanted to concentrate the essence of the most traditional pilgrims in a slightly more modern image.

The illustration created by Galician designer Luis Carballo was unveiled in 1992 at the Universal Exposition in Seville and shared the stage with other popular mascots of the time. As you may well have been imagining, Pelegrín coincided with Curro, the friendly bird with a big crest and multicolored beak to symbolize Expo '92, and Cobi, the official mascot of the Barcelona 92 Olympic Games, representing a cubist-style dog.

Pelegrín: An immortal image on the Way of St. James

If we talk about the great symbols of the Camino de Santiago, it is impossible not to make a special mention to Pelegrín. In addition to multiplying in all kinds of merchandising such as caps, pens, T-shirts, pins and other accessories, the mascot also managed to expand to other media, such as exclusive stamps for Correos. Since then, and thanks to its unquestionable success, the mascot of Xacobeo 93 is nowadays considered one of the most outstanding figures of the Way of St. James.

Nowadays, Pelegrín still has its value and continues to symbolize the pilgrims, since through the exterior of many public hostels in Galicia, the navy blue, red and orange colors that represent this emblematic icon can be seen.