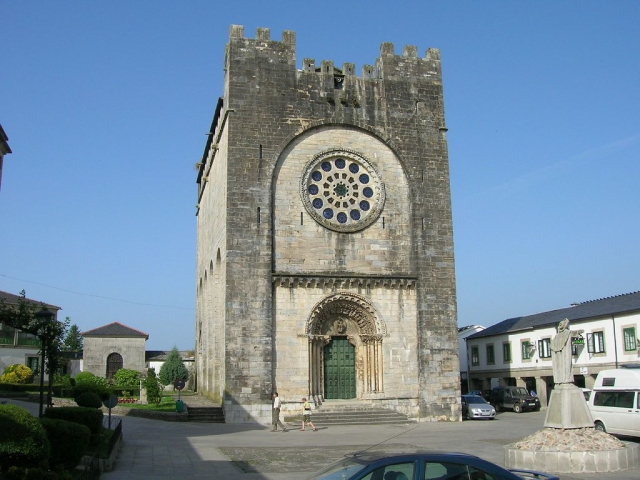 The Church of San Nicolás is located in Portomarin (Lugo). Built at the end of the 12th century and the beginning of the 13th, it belongs to the late Romanesque. It was raised by the Order of Saint John of Jerusalem, and is also known as the ancient Church of Saint John. This church-fortress controlled the bridge that crossed the Miño river and looked after the pilgrims' hospital in Portomarín.

On June 3, 1931 it was declared a Historic-Artistic Monument. The church is a unique model on the entire French Way of fortress church. You can glimpse the influence of the sculptors of the Cathedral of Santiago at its main door. The church of San Nicolás belonged first to the Order of Santiago, then to that of San Juan de Jerusalem, and finally to that of Malta.

Church of San Nicolás: A unique model of a fortress church

The church has a single nave plan, with an apse covered with a barrel vault and another semicircular. It has three facades decorated with Romanesque sculptures. The main one represents the apocalyptic vision that can be seen in the Pórtico de la Gloria. On the tympanum appears the pantocrator and the archivolts with the twenty-four elders of the Apocalypse, arranged radially, a fact that links this door with the School of Master Mateo.

The north door represents the Annunciation, framed by archivolts with geometric motifs. Figures of animals, holy humans, geometric motifs, etc. appear on the tympanum. The rear façade has a rose window and an apse with lattices framed by Gothic columns and semicircular arches. Although it has abundant decoration on the outside, the interior is more sober. It preserves Gothic paintings and some other interesting elements such as a 16th century baldachin and a 14th century sculpture of the Crucified Christ.

The weather in Portomarín 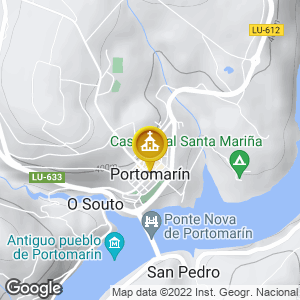