The Stages of Sahagún 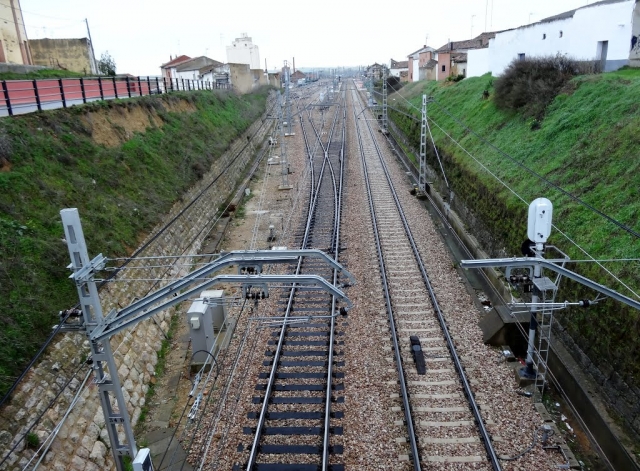 Sahagún is located between Leon and Burgos, around 60 kilometres from the first, and with good communications to both thanks to the motorway and the N-120 road. All walkers who want to start their route here or want to make a stop at the place and return to their place of origin can travel by train or bus to the centre.

Sahagún is situated within the Palencia-A Coruña line and maintains various connections to distant points of the peninsula as well as important capitals.

From Madrid there are several daily trains to Sahagún. From Barcelona there are also two trains daily. In addition this Jacobean enclave can be reached by train from Galicia, the Basque Country, Alicante and from closer destinations such as Valladolid and León. See all timetables and services on the webpage of Renfe.

The main bus links are found in Leon and Burgos. The companies that cover both journeys are Alsa and Abel. From Leon, for example, there are daily services, except on Saturdays, with the company Alsa at 15.45 and 18.00 hours to Sahagun (the service at 1800 hours is not daily), with the company Autocares Abel it is possible to depart from Leon on Tuesdays and Fridays at 13.15.

From Sahagun, there are connections with Leon on Mondays, Wednesdays and Fridays at 09.15 and from Monday to Saturday at 12.45 hours (Alsa). With Autocares Abel is possible to travel to Leon on Tuesdays and Fridays at 08:30 hours. From Burgos it is also possible to reached Sahagun by bus. The journey is covered by the company Alsa with a daily service (except on Sundays when there is no service) at 10.30 am. From Sahagún to Burgos the bus leaves every day, except on Saturdays, at 16.45. The journey takes two hours and fifteen minutes.

For the transfer of luggage one of the main options is Jacotrans, the company that covers the entire pilgrimage route. The stretch between Burgos and Leon is managed by Luis Ángel (650 451 540). Rates are from 7 euros. The normal procedure for those sleeping in public hostels, and thus unable to reserve a place at their next accommodation until their time of arrival-is to designate a bar or another destination point where they can collect their luggage.

For those staying in private hostels or hotels, their backpack will be waiting for them at their next accommodation. In both cases, walkers should call in advance because the service vehicles with backpacks usually begin delivery before 0900 hours. By noon, they are already at their destination. Another company that also covers the entire route is Camino Facil. The procedure is identical to that of Jacotrans. Travellers should call or email the day before to have everything planned.

Backpacks are delivered to their destination by lunchtime. The rates are from 7 euros, although, prices vary according to the number of people and the number of stages covered (for cyclists), the price may be higher. Contact: 610798138/947585002/947580010; contacto@caminofacil.net

In Sahagún one of the most historic bike repair shops of the Camino is located.  Emilio Redondo, the owner, has over 30 years of experience in helping cyclists at the establishment, which he inherited from his father. Curiously since 2007 Emilio has combined his work with his political commitments as mayor of Sahagún, which in the summer months requires more effort given the greater influx of pilgrims. The main bike problems dealt with are the fault fixing spokes and gears. 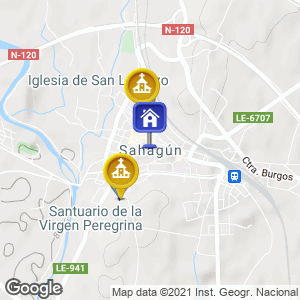