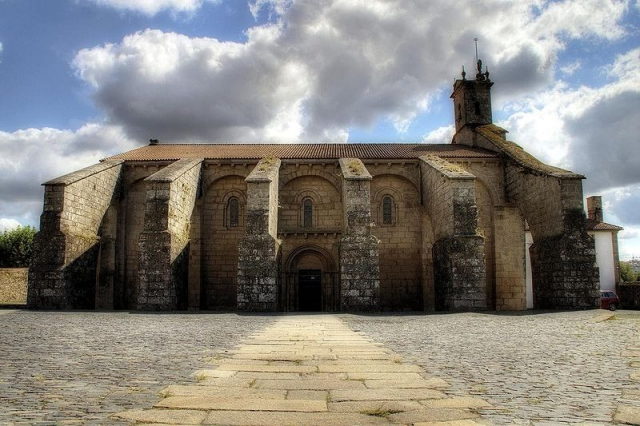 The Collegiate Church of Santa María del Sar is a Romanesque style temple that was built in the 12th century on the banks of the river Sar. Together with the Cathedral of Santiago, it is the church that still preserves its most primitive Romanesque part. Declared a Site of Cultural Interest in 1895, it ended up becoming a benchmark on the Jacobean route.

It was built to serve as a retirement home to the canons regular of the rule of St. Augustine. It is a typical Romanesque temple whose initial works began in the second third of the 12th century with the construction of the chapels at the head, consecrated by Diego Gelmírez before his death. The Compostela workshop that completed the church built the cloister and other monastic rooms with a clear influence from Master Mateo.

The Collegiate Church of Santa María del Sar has a basilica plan with three naves on which the barrel vault rests. At the end of each nave an apse was built that has different shapes, the central one is polygonal, while the sides are semicircular.

Outside, the sturdy flying buttresses built between the seventeenth and eighteenth centuries in order to reinforce the northern walls and prevent their collapse are striking. Inside, its beautiful proportions stand out due to the inclination of the columns towards the lateral naves that give a feeling of instability. 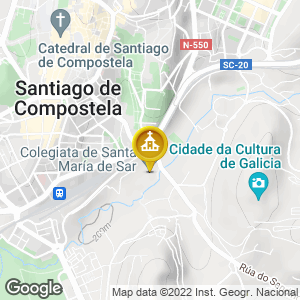