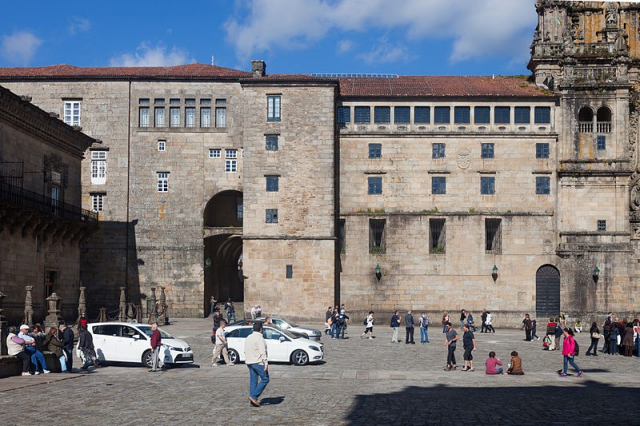 Located in the north of the cathedral is the Palacio de Gelmírez, the former episcopal palace of the Cathedral of Santiago de Compostela. This building, built between the years 1120 and 1136, was built by order of the then Archbishop of Santiago, Diego Gelmírez. It served as a new episcopal residence after the old residence had been demolished during the riots and had different reforms since then, retaining only the doors of communication with the basilica today.

The Gelmírez Palace and its architecture

Since 2013, this building has been used as a temporary exhibition hall. Years before it had already been the headquarters of the Galician Parliament, however this institution changed its location shortly after. To access its interior we must cross the door located in the Plaza del Obradoiro and from which we can see its exterior structure and its second floor, which was added in the 18th century and which caused the ground floor to have to be reinforced to support the weight.

Once inside, it highlights the architecture of the medieval kitchen, the weapons room and the Hall of Parties and Meals, which highlights the brackets that represent scenes from the wedding of Alfonso IX de León, in addition to the Roman portico that was hidden in the reform that this building had in the 18th century. It is also important to mention that during the month of August 2012, this building housed the Calixtino Codex, one of the most important religious objects, and that it did so shortly after it was recovered after being stolen in 2011.