The medieval pilgrimage routes, key to the spread of the Black Death

According to a study, populations located within commercial roads or pilgrimage like the Camino de Santiago are weaker against the spread of epidemics 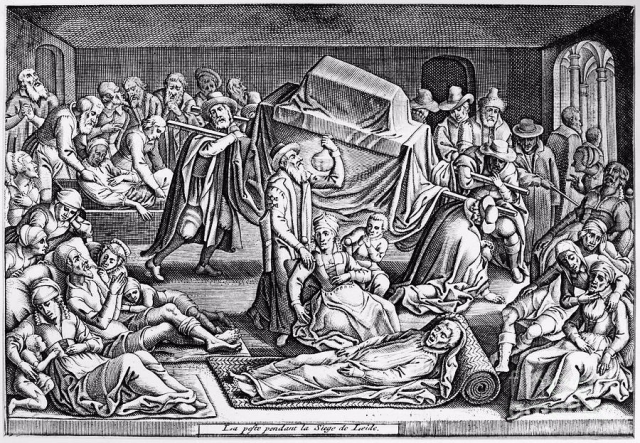 The Camino de Santiago and the spread of bubonic plague

Medieval pilgrimage routes, such as the Pilgrimage to Santiago, contributed to the spread of the pandemic known as the Black Death in Europe. It is one of the conclusions reached by a recent study of the Center for Scientific Research in which 1,311 medieval settlements have been included, of which 403 were part of pilgrimage routes such as the Jacobean Route and 2,084 connection points . The most vulnerable points of the medieval trade and pilgrimage routes were undoubtedly the most connected and central centers of population, with greater traffic, and where the terrible plague struck harder. It has also been concluded that better connected cities were much more prone to recurrence of outbreaks.

The study, which includes settlements from both Europe, Central Asia and North Africa, has simulated the frequency with which bubonic plague sprang up in these more connected cities in commercial or pilgrimage networks, such as the French Way. To do so, we have taken into account the mortality figures available at the time of the outbreak of this disease, which took place in the fourteenth century, although the study shows that they are not rigorous. According to the study authors, this provides a simple method to identify the most at risk sites for the spread of pandemics within epidemic networks.

The Camino de Santiago occupied a very important place in Europe as a route of pilgrimage and commercial network, with pilgrims from all over the continent displaced to the Iberian Peninsula to reach Santiago de Compostela. The arrival of numerous pilgrims helped to create a wide network of settlements throughout the north of the Peninsula and a network of commerce and accommodation. The Black Plague or Bubonic Plague was a worldwide epidemic that originated in Central Asia and spread throughout Europe during the fourteenth century, decimating the population of the continent to a large extent, in a fork of 30 to 50% of the population.