What is the Jacobean year?

Xacobeo was declared every year on the 25th of the year, festivities of the Apostle Santiago, falls on a Sunday, or that happens 14 times each secculo.

9
What is the Jacobean year?

They are the Holy Years of Compostela, those years in which the 25th of July falls on a Sunday allowing for the celebration of the martyrdom of St. James. In these years, believers can obtain a plenary indulgence, leaving them completely absolved of all their sins.

This year occurs on a fixed pattern of 6, 5, 6, and 11 years and if the 25th of July is a Sunday, this happens -14 times each century, then the Catholic Church has the power to grant plenary indulgence – the forgiveness of all sins- to the faithful who visit the tomb of the Apostle in the cathedral of Santiago, the mass involves praying for the intentions of the Pope and receiving the sacraments of confession and communion. It is recommended that pilgrims attend Mass in order to receive a complete divine absolution. They are the named Jacobean or Holy saint years of Compostela, the motive behind hundreds of pilgrimages that throughout history which have led walkers from all over the world to the tomb of St. James to “cleanse” their souls. The last was in 2010 and the next will be in 2021.

The Xacobeo (Holy) year begins with the ceremony of the opening of the Puerta Santa (Holy Door), the event takes place in the afternoon of December the 31st, on the eve of each holy year, a ritual in which the Archbishop of Santiago strikes, three times, using a silver hammer on the exterior wall- a symbol of the difficulty involved in the Camino-which covers the rear entrance to the Cathedral, located in the Plaza de la Quintana. The procession headed by the religious authorities, involves asking the apostle James permission to enter and only then is the wall demolished.

This access, traditionally used by Pilgrims to enter the temple, remains open for the next 12 months before it is closed again, on the last day of the year until the next holy year. Closed off by a fence, the Holy Door, dedicated to St. Paio, whose monastery is situated directly opposite, was one of the seven smaller entrances to the cathedral of Santiago. Above the door a figure of the Apostle James with his disciples Theodore and Athanasius can be seen. On both sides of the door there are 24 seated statues of apostles, patriarchs and prophets, arranged in four rows with three bodies on each side, all originally from the Romanesque choir constructed by Master Mateo, creator of the Portico de la Gloria. Also known as the Gateway of Forgiveness or the door of the wise twenty-seven.

However, the door used today by walkers is not the original saint access, which, situated to the east, symbolized the end of the pilgrimage and the entry to redemption and to a new life. When the Capilla del Salvador (Chapel of the Saviour) was built the Holy Door lost his iconic role for being located several degrees to the right. Through the current one, dating back to 2004 and made ​​in bronze by the Compostela born sculptor Suso Leon, there is access to a small patio. In here the original construction leading to the ambulatory of the apse of the cathedral can be found, very close to the tomb of the Apostle. 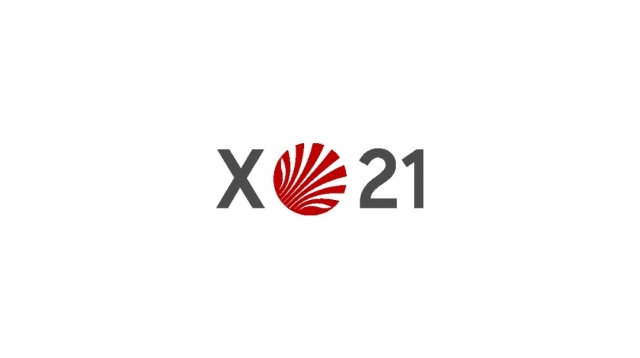 Xacobeo 2021: What you should know

As many pilgrims and devotees know, in 2021 the Xacobeo 2021 is celebrated, the first Holy since 2010. Eleven years have passed since the last one, so there is more desire and it will be of greater importance, if it is possible ... In xacobeos, catholics can obtain plenary indulgence, which we explain a little below.

Of course, walking  the Camino de Santiago in a Holy Year is an unbeatable opportunity for several reasons. First, there will be more travel companions and much more attention will be paid to the quality of services on the Camino, in all its routes. In fact, the regional governments devote many resources to the Camino de Santiago during these dates for the large number of tourists that this holiday attracts.

The region of Navarra, for example, will allocate to the Xacobeo 2021 no less than 1,000 million for the tourism sector. The goal is to renovate all hostels and create new businesses on the edge of the Camino de Santiago for the Jacobean Year that will begin in 2021. But it is not the only case: the regions of Galicia, Basque Country, Asturias, Cantabria, La Rioja, Aragón and Castilla y León prepare similar initiatives. Not only at the level of economic aid, also at the strictly cultural level.

In fact, the Executive Commission of the Jacobean Council already prepares a large number of projects to start a joint program of activities from 2020 in all the regions of the Camino. It has been confirmed that these will be based on the importance of the Jacobean heritage and its historical role, when it comes to inspire artists and be a link between many different cultures. Scientific dissemination, special events in the main monuments of the Camino, artist exhibitions, street shows, pedagogical books, music festivals, etc. A complete pack of activities and proposals of an open nature that all pilgrims will enjoy. Also, of course, the opening of initiatives to promote and disseminate the Camino throughout Spain and the rest of the world.

On the other hand, in a Jacobean Year we could enjoy great traditions, such as the opening of the Holy Door every day of the year. The cathedral of Santiago is accessed through this door from the Plaza de la Quintana; tradition mandates that all pilgrims enter through it to the Cathedral of Santiago.

Currently there are five places worldwide that possess this ability of Jubilee, three of them are in Spain: Santiago de Compostela, Santo Toribio de Liebana, Caravaca de la Cruz, Jerusalem and Rome, where plenary indulgence is granted every 25 years (previously this was every 50 years until Paul II reduced the years to 25).

Furthermore, since the XVII century, in Villafranca del Bierzo, one of the places with the most Jacobean patrimony, pilgrims to Santiago who are ill or who have had a serious accident on their journey can get a plenary indulgence in the Bierzo church of Santiago. To do this, walkers should go through the Puerta del Perdon (the door of forgiveness) of this temple, which only opens during holy years. Pilgrims should have travelled more than 100 kilometres and prove their inability to continue way to the Galician capital. In order to obtain plenary indulgence by this means and, they should attend Mass and confession.

After modifications regarding the conditions for granting this grace, these are the current requirements necessary to achieve forgiveness for sins in the holy year:

- It is not necessary to have arrived on foot to the cathedral of Santiago, or to complete a certain number of kilometres on the Camino, rather simply visit the temple on any day during the Holy Year.

- It is recommendable to enter through the Puerta Santa and attend the Pilgrim’s Mass, which is celebrated every day of the Holy year at 12.00 in the cathedral, but these two requirements are not mandatory.

- It does involve saying a prayer (normally Our Father or a Creed) for the intentions of the Roman Pontiff.

- It is necessary to attend confession and communion, either the same day, on entering the temple of Compostela or fifteen days before or after, elsewhere.

- A plenary indulgence can be achieved once a day and can be applied to the individual personally or, for those faithful who have departed.

The Pope’s visit to Spain in 1982 and, in particular the Xacobeo of 1993, with strong support from the council, has put the Camino and Santiago back on the map. Since then the number of pilgrims has not stopped growing, in the last holy year, in 2010, a total of 272,135 pilgrims to Compostela were recorded.