The Templars and the Camino de Santiago: Their legacy

Many of the legends make reference to the Camino de Santiago, and one of the most famous has to do with the Templars and their role in this historic journey. 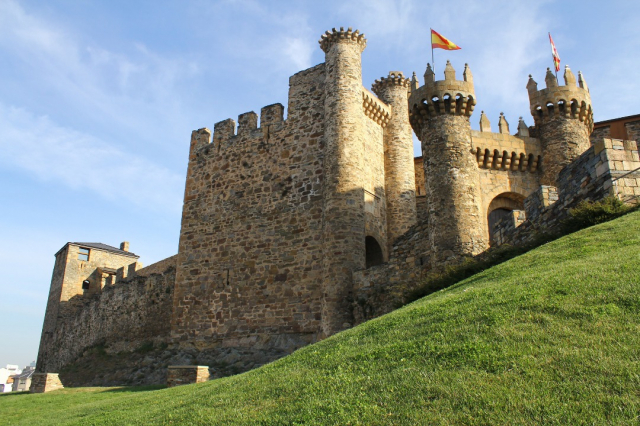 Galicia: One of the territories of the peninsula with more myths and legends.

The Camino de Santiago is an experience that could well be considered a magical journey full of legends, a unique and unforgettable adventure for each of the pilgrims who decide to leave their footprints on the various Jacobean routes. The journey is so special that it is not only characterized by the typical reasons that lead us to go ahead, but also by the history, framework and backdrop that represent each of the routes, which are full of a very special essence.

Who are the Templars and what is their role in the Camino de Santiago?

It is well known that the Camino de Santiago has its origins thanks to King Alfonso II, nicknamed the Chaste.  The king of Asturias promoted the cult of the apostle through the creation of a first route that was developed throughout the twelfth and thirteenth centuries. Due to its popularity among the most devout, thousands of believers walked the route every year to visit the remains of Santiago el Mayor.

The fame and renown of the Camino de Santiago caused both the clergy and the kings of the time to build all kinds of bridges, shelters, hospitals and other amenities to facilitate the pilgrims' long journey. But, according to legend, in addition to all this it was also necessary to provide some security.

This is where the role of the Templars, also known as the 'Order of the Poor Knights of Christ of the Temple of Solomon', comes in. This was one of the most important and powerful Catholic military monastic organizations of the entire Middle Ages, which is why they were selected on the Camino de Santiago to patrol the routes to protect the safety of the pilgrims.

Examples of the presence of the Knights Templar on the Way of St. James

Although this fact is still told today as a simple legend, the truth is that the Camino de Santiago uncovers a number of examples where the presence of the Knights Templar is found. Overall, it is something that has opened the possibility of believing that all the stories told for thousands of years, really are true.