Via Augusta: This is the Route of the Camino de Santiago

The Via Augusta gathers around 96 beautiful monuments, in addition to the great amount of cultural offer that it offers, you will be able to observe incredible landscapes during the journey 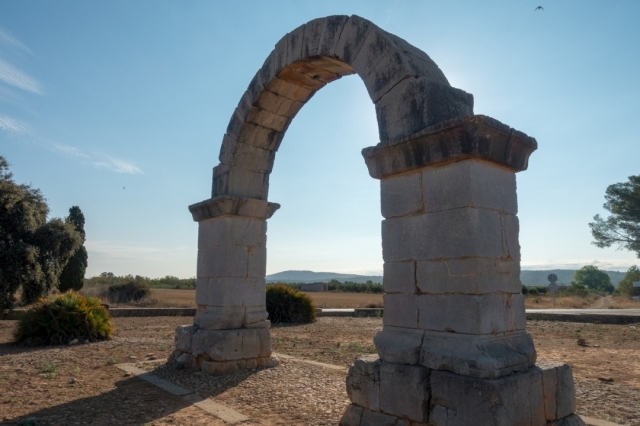 What is the Via Augusta?

The Via Augusta is a Jacobean route that begins in the province of Cádiz and connects with the Vía de la Plata. It is known for being the longest Roman road in ancient Hispania; With a length of 1500 kilometers, it linked the Pyrenees with Cádiz and crossed Andalusian cities such as Seville and Córdoba.

It was built by the Romans to connect Rome, the seat of their empire, with southern Spain. The Via Augusta is mentioned in the Antonine Itinerary, where it is described as the main axis between Roman Hispania and Rome. This route communicated with Via Domitia, which through Narbonne Gaul reached the eternal city. Its original name was Via Augusta Julia, which honored the emperors Julius Caesar and Augustus, inventors of this path in the late 1st century B.C.

It was not finished until the complete pacification of the Iberian peninsula. The romanization of the territory was a slow process that began in the 2nd century BC, when Rome began to make its way north. Its existence allowed the Roman Empire to pave the way for its legions, to develop colonies, and to accelerate trade and economy. Thanks to this route, Rome was able to supply itself with wheat, oil, wine, preserves, pottery and wool that came from Hispania.

Over the years this route has been modified. Today it is an important road and even a highway, which connects Spain with the Mediterranean coast. Currently the Jacobean Gaditana Association Via Augusta and other local associations have promoted its history and the remodeling of the roads.

Why choose the Via Augusta to do the Camino de Santiago?

This route gathers around 96 beautiful monuments and is part of the initiative of the European Union: The Roman Routes in the Mediterranean. In addition to the great amount of cultural offer that it offers, the pilgrim will be able to observe incredible landscapes on foot, on horseback or by bicycle.

The places through which the Via Augusta passes are very emblematic, among them are the Barrio de El Pópulo (Cádiz), Calle Real and the Iglesia Mayor (San Fernando), the Iglesia de San Sebastián (Puerto Real), the convent of Espiritu Santo (El Puerto), the church of Santiago (Jerez), the lagoons of El Cuervo, the Atalayas de Montújar, the Alcantarill Bridge and many more.

Thanks to the Mediterranean climate it has, the pilgrimage can be carried out at any time of the year. However, being in the south of the peninsula, the temperatures in hot months make it difficult to carry out the trail in full conditions. Temperatures are usually around 35-40 degrees, and it would be dangerous to walk a large number of kilometers in this high heat. It is recommended to do it at other times, such as in autumn or spring.

Even so, you must carry everything you need to be able to do the Camino de Santiago in conditions. The low unevenness of its path facilitates the pilgrimage, in addition, it does not present complications in the form of slopes or complicated terrain.

Stages of the Via Augusta (Camino de Santiago)

The Via Augusta begins at the Cathedral of Cádiz, where kilometer zero begins, and ends at the Cathedral of Seville. There, the walkers end the Via Augusta and start the Vía de la Plata. Pilgrims who leave Andalusia and want to get to Santiago, have the option of being able to do so thanks to the Vía de la Plata, which runs from Seville to Astorga.

Although the associations are putting all their efforts into making a correct signposting for this path, it is still not comparable to the official one found on other paths along the Camino, such as in Galicia. This is due to the lack of funds, however, over time it is expected that more correct signs will be established since it is a route that increasingly has more pilgrims.

The total distance that separates Cádiz from Seville is 190 kilometers. It is divided into seven stages, fully suitable for walking, horseback or cycling.