Who was Bishop Teodomiro? | Characters of the Camino de Santiago

Teodomiro, bishop of the diocese of Iria Flavia (now Padrón), is one of the most important personalities of the Jacobean legend 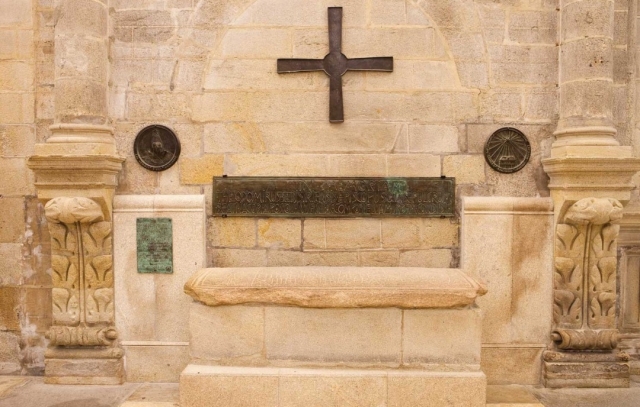 In ViveCamino not only you will find tips on how to travel the Camino de Santiago or the routes that suit you if you make your debut as a pilgrim; we also want to get as close as possible to the Jacobean culture. That's why we've already talked about the most illustrious characters and pilgrims on the Camino de Santiago; some more recent ones, like the parish priest Elías Valiña, but the one that occupies us today is one that makes us go back much further back in time -exactly to the ninth century-, Teodomiro de Iria Flavia (parish of the current town of Padrón).

Bishop Teodomiro, who lived between the 8th and 9th centuries, is one of the most important figures of the Jacobean legend, known for being the discoverer of the remains of the Apostle Santiago (Santiago el Mayor) in the place where he is today. the crypt of the Cathedral of Santiago de Compostela. It is considered that Teodomiro was named bishop a few years before the discovery of the remains, back in 818 or 819.

What we know about Teodomiro is through the tradition and texts of medieval origin, which suggest that this bishop of the diocese of Iria Flavia would have been warned there between the years 820 and 830 of the appearance of strange flashes on a mound of Libredón forest. According to it is said, the splendors would have been sighted during several nights by a hermit known as Pelayo (Paio, Pelagio), who would have gone to the priest convinced that it was a miracle.

The remains of James the Greater and his disciples, Theodore and Athanasius

When Teodomiro and two other priests went to the place where they had seen the splendors, in the dense forest he would come across an old and forgotten sepulcher. In this mausoleum three bodies would be found, identified as Santiago el Mayor and two of his disciples, Teodoro and Atanasio. According to the Compostela tradition, Theodore and Athanasius would have taken by boat the remains of the Apostle Saint James from Palestine to Galicia to bury him in the Peninsula, once the translation of the remains was completed, they would have guarded the Apostol's tomb after his burial, as recorded in the Codex Calixtinus.

Although there is no certainty at the archaeological level of this discovery, the church recognized in 1884 under the papacy of Leo XIII that the remains belonged to the apostle and his two disciples. Since then his relics rest in the crypt under the main altar of the Cathedral of Santiago. 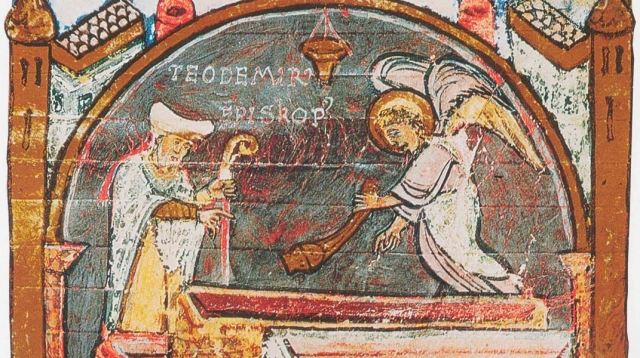 The first stone of the future Camino de Santiago

After the discovery of the remains, Teodomiro sent emissaries to Oviedo to transfer the crucial discovery to King Alfonso II of Asturias. The monarch was present along with his entourage in Galician lands and after checking the discovery, he ordered to build the first apostolic church in the place where the remains rested, the germ of the temple that would begin to be built a century and a half later, the Cathedral of Santiago de Compostela.

The very existence of Bishop Teodomiro -one of the most important figures of the Compostela tradition- was questioned historically. However, in the mid-twentieth century there were several excavations in the basement of the Cathedral of Santiago, finding the granite tomb of Teodomiro himself, demonstrating its existence, beyond being part of the Jacobean legend.

The discovery, in 1955, also points to the relevance that Compostela would have earned at the time thanks to the discovery of the remains, a fact that would project the Camino de Santiago in the face of what would become the Middle Ages, the most pilgrimage route important in Europe. The decision of Teodomiro to appear in the Libredón forest and transfer the discovery to King Alfonso II of Asturias translated literally into the first stone of a Camino de Santiago that lasts until today.