25 Jornadas Jacobeas: a cycle of dissemination on history, culture and spirituality on the Camino de Santiago 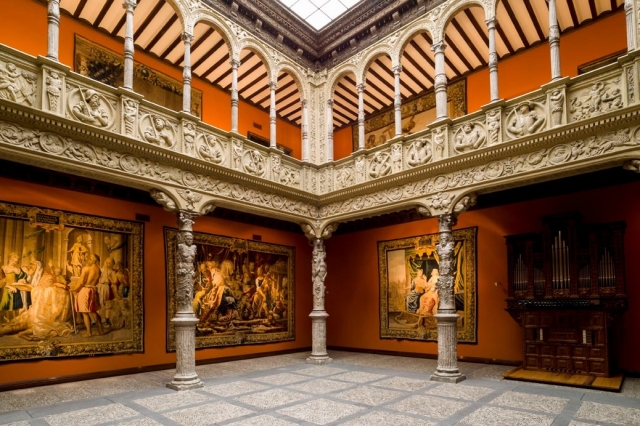 The Ibercaja Patio de la Infanta, a beautiful Aragonese Renaissance courtyard of the sixteenth century, hosts from Wednesday 23 the conference cycle 25 Jornadas Jacobeas, organized by the Obra Social of Ibercaja and the Association of Friends of the Camino of Santiago de Zaragoza. The cycle of conferences, with an informative vocation, will deepen in the history, culture and spirituality of the Way of Santiago and will begin this Wednesday with 'Philosophy and mystique of the universal pilgrimage: the Jacobite myth', a talk given by the architect Jaime Buhigas, which will explain why the Camino de Santiago is the highest exponent of the pilgrimage.

The attendance to this cycle of conferences in Saragossa is free; For more information on schedules, you can consult the portal of the Obra Social of Ibercaja.