A juvenile judge bet on the Camino as reintegration

Reyes Martel, promoter of the UP2U project, already "condemned" in 2017 to 19 minors to travel the Canary route of the Camino de Santiago 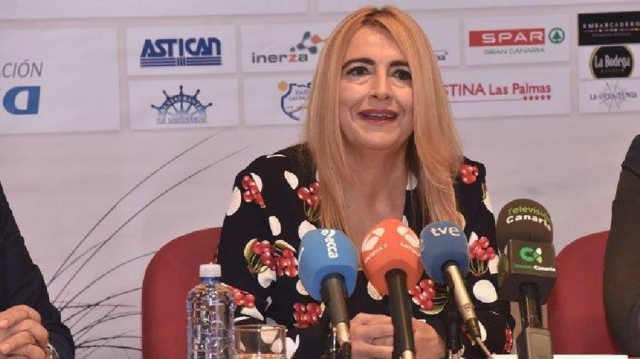 The Camino de Santiago, a tool for the reintegration of minors

This week La Voz de Galicia interviews the judge of minors Reyes Martel, promoter of the project "UP2U" (Up to you, "depends on you") and that has given much to talk about in recent months in the media. The judge has made herself known for her initiative to "punish" minors with problems with justice by sending them to do the Jacobean route of the Camino de Santiago, seeking their reintegration through instilling in them fundamental values, such as effort or respect for others. The objective of this creative initiative is to ensure that their visits to juvenile courts are not recurrent.

After "condemning" 19 minors in 2017 to travel the Jacobean section of the Canary Islands, with great success, their particular initiative will expand this year to other autonomous communities. The short-term goal is for 100 children from the Canary Islands and provinces such as Granada to arrive in Galicia this spring after having traveled the Camino de Santiago. There they will meet with Galician boys from the juvenile courts. The expansion of this original initiative will have the support of the Xunta and its public network of shelters, although, as the judge says, it is sought that "Galician companies, who have an interest in this idea" contact them to help them with logistical problems .

Judge Martel assures in the interview with La Voz de Galicia that the choice of the Camino de Santiago for this initiative is closely related to the values ​​that the Jacobean route provides. The magistrate highlights some Jacobean values ​​such as "the effort, the fight for a goal, solidarity, freedom, enthusiasm," which says help in the reintegration of young people who, as account "come to justice with the backpack heavily loaded of things that should not be there and with a crisis of important values ​​".

The intention of this project, says the judge is that young people "open their minds" through the journey along the Camino de Santiago and the simple fact of walking, rediscovering with their families and other children, "creating other references, promoting the fight for a goal and effort. " The results, according to the magistrate, have not been made wait: "We can rescue up to 80% of young people."

The UP2U project of social inclusion of minors is open to donations and has already raised 185,000 euros from its target of 300,000.

Do you think that the Camino de Santiago can help minors with problems to be burdened with the values ​​they lack?