A pilgrim dies falling on a cliff in Castro Urdiales

Although it has not yet been confirmed, the man wore mountain material and a bulky backpack, so he could find himself doing the Camino 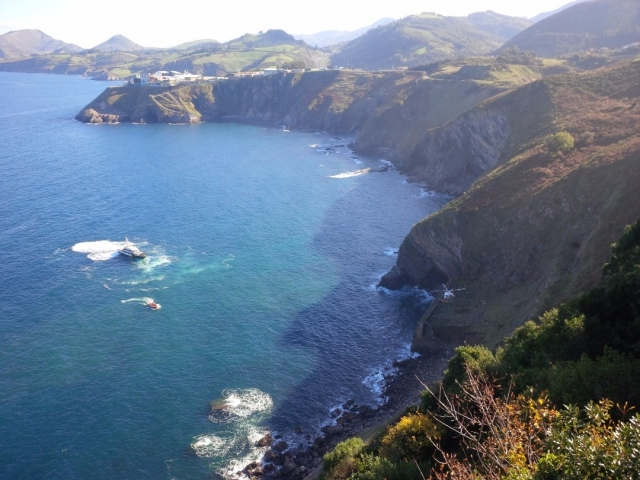 A middle-aged foreign man has been found dead after falling on a cliff in Castro Urdiales, Cantabria, when he was presumably hiking. The citizen could find himself making the Camino de Santiago by the mountain material that he carried with him (a voluminous backpack with clothes and climbing sticks) and by the great number of pilgrims that transit through the zone, would have fallen to an inaccessible zone by causes still unknown , Where he has been found by agents of the Civil Guard, who have alerted the emergency services.

To the place of difficult access have been displaced effective of the Service of Sanitary Emergencies, firemen, Local Police, Maritime Rescue and rescue of the DYA, the emergency service and rescue of Castro Urdiales. Due to the difficulties to recover the body, it has finally been necessary to rescue it by air thanks to a medicalized helicopter of the Government of Cantabria, that with the help of personnel of the DYA of Cantabria have been able to transfer the corpse, that has remained in the custody of the civil Guard.