The residents of this small village constructed, at the entrance of the enclave, a statue in honour of the apostle Santiago with a plaque indicating the distances to Santiago (190 km) and to Roncesvalles (559km). Public Park. Drinking fountain. Baroque church of San Juan Bautista, constructed in XVIII. During the feudal period, the nobles demanded a toll payment (a tax for passing through) to all those travellers wishing to enter Galicia. It is believed that the name of the village derives from this toll, abolished in the early XVIII century by Alfonso VI.

Distance from the Camino de Santiago from A Portela de Valcarce

If you are traveling on the Camino de Santiago or are planning to do so soon, you should know that the distance separating A Portela de Valcarce from Santiago de Compostela is 171 kilometers.

The weather in A Portela de Valcarce 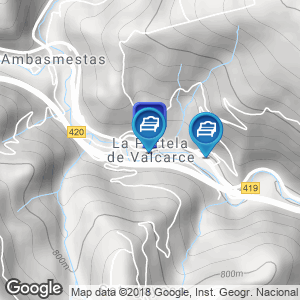