Located in the heart of Caceres within the community of Extremadura, we find the Tower of Bujaco one of the most important monuments of this city. This construction of the 12th century is placed in the Major square, where it stands out opposite to other important places also placed there as the Town hall of the city.

It was built by the Caliph Abu Ya'qub, from whom according to experts his name may have come, however there is no proof of this so others mention that it could have come from the word "buhaco" which was used to refer to the statue of the Genius Androgyne and which was located at the top of the Tower.

This genuinely Arab building belongs to the Almohad wall of Cáceres, which was built in the 12th century by the Arabs. In 1169 it was used by the Christians after conquering Cáceres again, however it returned to the hands of the Arabs in 1173 when the Muslims conquered the city. The Tower of Bujaco was the last place defended by the Christians at that time.

The Tower of Bujaco: A symbol of Cáceres

Although there are many historical monuments in Cáceres, this has nothing It is thanks to this that every year that passes, tourists from all over the country and pilgrims who cross the city on the Vía de la Plata come to admire it and be surprised by its 25 meters high. At present, those who wish to do so can access its interior, as there is an interpretation center there, as well as climb its tower from which you can get a beautiful view of this historic city. 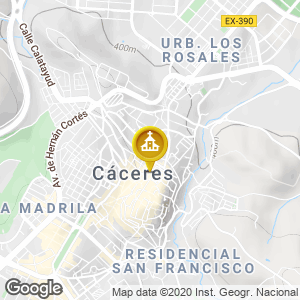 Despierta tu Sentido Ibérico
How to get to León to start the Camino de Santiago
Camí de Sant Jaume or Catalan Way: Stages and Map
Hiking Routes in Galicia for lovers of the Way of St. James