The Old Camino de Santiago is a millenary route forgotten today that leaves Bilbao to join the French Way in Villafranca del Bierzo, in León. 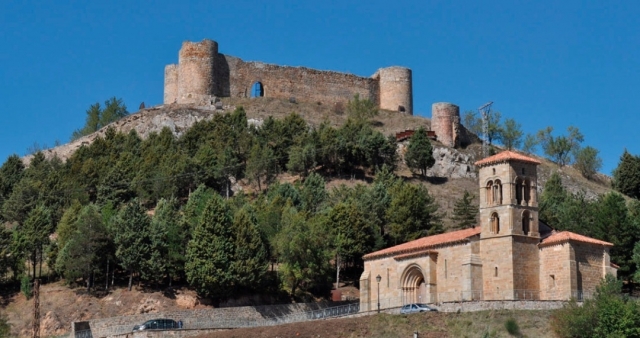 ? The Camino Olvidado, one of the oldest known Jacobean roads

The Camino de Santiago, contrary to what is thought, does not consist only of a Jacobean pilgrimage route; It has a multitude of routes throughout the peninsula (connecting some with Europe), each with its own history and legacy that makes them unique. We all know routes such as the French Way, the Portuguese Way or the Northern Way, recovered historical routes that have been filled with pilgrims again with the new Jacobean boom in the 21st century. These routes - mainly the French and Portuguese Way - attract hundreds of thousands of pilgrims every year to Santiago de Compostela.
However, not all routes used by medieval pilgrims centuries ago have suffered the same fate; One of them is the Camino Olvidado, also called Old Way of Santiago. It is a route currently in the process of recovery and as the name implies, forgotten by pilgrims and it is that there are very few walkers who walk it every year. The route, which runs along the north of the Peninsula, connecting the city of Bilbao with the French Way in the town of Villafranca del Bierzo, runs steep roads and is not exactly the most accessible route for pilgrims.

To understand the future of the Camino Olvidado, one must go back to the beginning of the pilgrimages, in the 10th and 9th centuries. In the late Middle Ages, the Iberian Peninsula was immersed in intense struggles between the Christian kingdoms and Muslim armies, whose domains reached north. After the discovery of the remains of the Apostle Santiago in Compostela has been made public, there are thousands of pilgrims who undertake a journey full of dangers from multiple points in Europe to the holy place.

? The sunset of the Old Camino de Santiago

With the threat of Muslim attacks, pilgrims choose to travel along coastal roads in the north of the Peninsula to walk safely, however the difficulty of the route and the adverse meteorology of the Cantabrian Mountains put the walkers in serious danger. In this way some alternatives were appearing once the battle line was moving south. One of them was the Camino Viejo de Santiago, which ran along ancient Roman roads, through the lower part of the mountain through southern Cantabria, Las Merindades de Burgos and El Bierzo. It was a difficult road, but much more accessible than the coastal routes.

What happened with the Forgotten Way was that as the Reconquest advanced until it took the lands of the North Plateau of Castille and therefore pushed back the danger of the Muslim armies, the pilgrims (and consequently, trade) were increasingly moving south. , recovering routes such as the French Way, which meant much less difficulty for walkers. The French Way was supported by kingdoms such as Castilla or León, which led to the Camino Olvidado to disuse.

After many centuries of forgetting, today some associations of friends of the Camino de Santiago work to recover their history and disseminate it, in addition to providing it with signage so that traveling it without losing it is not an impossible goal. Currently, the entire Camino Olvidado is marked with yellow arrows from Bilbao to Villafranca del Bierzo; However, it hardly has any accommodation (all of them are private) to serve the pilgrims, who are still very few on these trails. It is a route with a great landscape attraction and perfect for the pilgrim who wants to escape the crowds of other routes, in addition to being in full contact with nature.

The stages of the Camino Olvidado (Old Camino de Santiago)