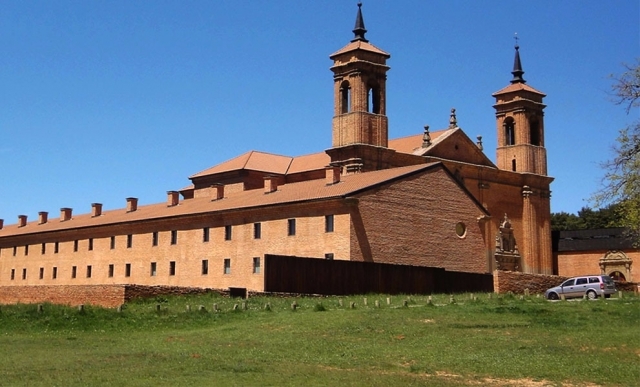 The intention of promoting the French Way towards a true European cultural route is an issue that bears on the table of the Spanish and European authorities for a long time, and now, with the growth of the pilgrimage route across Europe (beating record of pilgrims every year), it seems that efforts began to crystallize with concrete acts and meetings.

Today's meeting near Jaca (Huesca) is a clear example of this, is that on Friday met in Monasterio Nuevo San Juan de la Peña representatives of the five autonomous communities through which passes the French Way in Spain (Galicia, Castilla y León, La Rioja and Navarra), as well as members of the French department of Atlantic Pyrenees, the Jacobean Observatory and the Association of Friends of the Camino de Santiago of Jaca.

This is the first joint meeting of the various regions of the French Way, which so far operated separately in their decision-making on the pilgrimage route and it seeks to first find consistency, unification and coordination of criteria when managing the pilgrimage route to improve the experience of the pilgrims and the development of these territories is enhanced. In this first meeting they addressed issues such as pilgrim's safety through improving road signage and infrastructure development.

At the moment it is too early to know the specific steps that will of meetings; although it has already proposed the creation of a joint organization to coordinate all works that crystallize in these meetings.