Florentino Pérez will manage the hostels of the Xunta

Clece, a subsidiary of ACS, will manage the Camino's public hostels for the next two years, extendable to two more 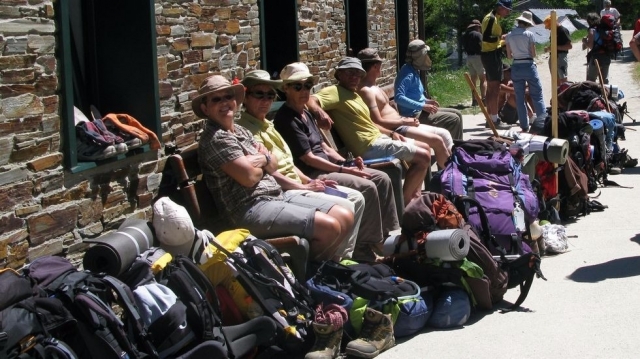 While the Camino de Santiago pilfered authentic records of pilgrims in 2016, the management of the 69 public hostels owned by the Xunta de Galicia has been flying from adjudication to adjudication, passing through two different companies, although the situation seems to have been solved. This is due to the end of the public tender made by the institution to find a new winner, since the last, OHL Services-Ingesan, had been in charge of the management of shelters for only six months and provisionally.

Therefore, after the competition, public hostels on the Camino de Santiago already have a new winner who will be in charge of its management during the next two years, with the possibility of extending the contract for two more. This is Clece, a subsidiary of ACS, a construction and service company chaired by Florentino Pérez - also president of Real Madrid C.F - which has obtained the highest rating of all participants. € 5,057,469.79 will be received by Clece for managing 3,139 places in up to 69 shelters for a period of two years, although the contract also includes the future management of the new shelters in Xinzo de Limia, Miño and A Fonsagrada.

That same year, Alvite, the previous winner of the concession renounced the contract of management of the public shelters alleging lack of profitability, which granted temporary management to OHL while the competition was being prepared, to which up to five companies. Clece, the new adjudicator, will be responsible for controlling access to shelters, charging overnight stays, information to pilgrims or cleaning their dependencies.