Although it is an independent municipality, Huarte, given its proximity to Pamplona, in some respects functions as a neighbourhood to the capital of Navarre. It is very well connected to the city (exactly every 15 minutes a bus passes) and, some residents even walk to Pamplona, following the same path as the pilgrims. 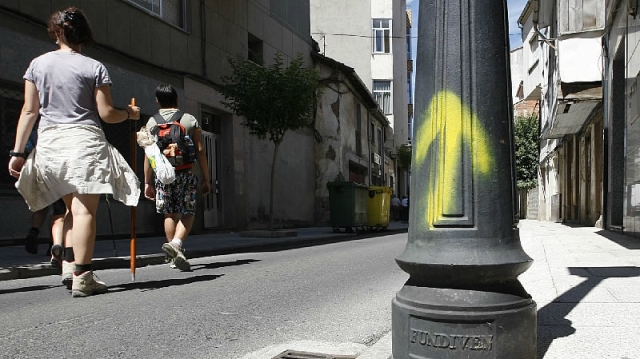 All services are available here

Even a shopping centre In the past it was an important strategic location. In the mountains of San Miguel de Miravalles there was a fortress, from which a good area of the valley was protected. This defensive structure was also used to protect the pilgrims who crossed these lands.

The church of San Juan was constructed in the XIII century, but underwent several renovations and expansions since then. It was known as "the one below" to differentiate it from the church of San Esteban, "The one above," located on the mountain, of which nothing remains. In " the one below" there is a white marble virgin, brought from Paris in the mid- XIV.

Distance from the Camino de Santiago from Huarte

If you are traveling on the Camino de Santiago or are planning to do so soon, you should know that the distance separating Huarte from Santiago de Compostela is 712 kilometers.

The weather in Huarte 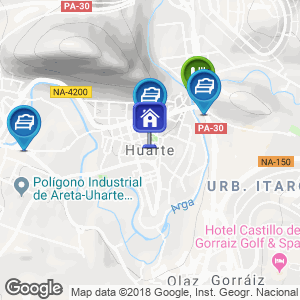