The Louro River area in O Porriño is still not repaired

The walk do Louro River, which runs parallel to the A-55, is part of the Portuguese Way 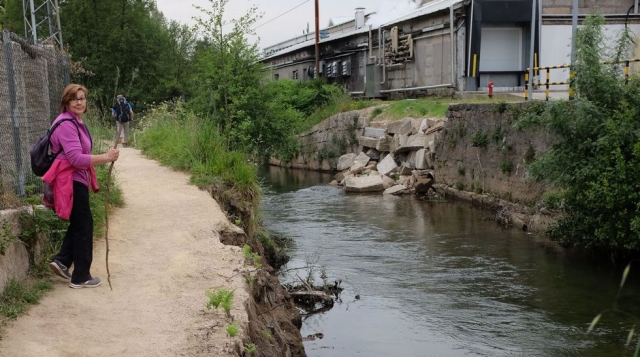 The heavy rains during last February in Galicia caused lots of damage to areas of the Community, including the overflow Louro River passing through the town of O Porriño.

This overflow affected around and riverbed, causing landslides and other damage.Although the council hired a cleaning company to collect thousands of plastics and organic remains that were trapped in areas of the river and on both sides of the edge of the - well ahead of a citizens' initiative; major flaws still waiting to be repaired.

Structural damage, including landslides in the river basin and detachments of large rocks retaining wall, are jobs that the cleaning company can not solve.The locals warn how dangerous it is to now the path that runs along the river. The problem is that the Louro River Walk, which runs parallel to the A-55, is part of the Portuguese Way and a busy route for dozens of pilgrims a day.