Legends of the Camino de Santiago: The shepherds of Estella

Do you know the legend of the shepherds of Estella and the Virgin of Puy? The patron saint of Estella stars in one of the most popular stories of the Camino de Santiago 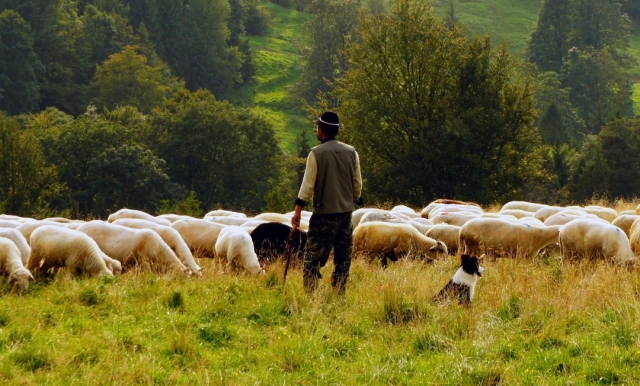 Shepherds who discovered the virgin

In the highest part of Estella (also known as Lizarra) is the Basilica of the Virgin of Puy, illustrious citizen of Estella and patron (along with San Andrés) much loved by local residents, among other things, the likeable features of his size. The truth is that there is a legend about the discovery of this unspoiled and the very foundation of the town of Estella, one of the most famous legends on the Camino de Santiago as it passes through Navarre.

The legend tells of a group of shepherds reunited with their sheep on the hillside Puy, as usual, that one night of the year 1,085 were surprised to see the downfall of many stars on the -right top where today stands the Basilica of Our Lady of Pyu- so rushed to go towards the place. Note that just the name of Estella comes directly from stella (Latin for star), related to this event. Once there they found a cave and within it an image of the Virgin, after which they rushed to their parish to alert the priest.

The priest and a delegation accompanying him arrived on the scene and tried to move the image of the Virgin, but not with all his might could move a single centimeter. A kind of divine force retained the image, looking like the virgin would not move from that place, so they decided to leave it where it was and build a shrine around him. In 1090 the king of Navarre Sancho Ramirez (I of Aragon and V of Pamplona) founded the town of Estella to protect and give shelter to the pilgrims on the Camino de Santiago; a necessity at the time given the large number of travelers from Europe that passed through the area to the grave of the apostle.