The first season of the coproduction between TVE and TVE will consist of 8 episodes and will star actors like Cristina Castaño, Javier Rey or Begoña Maestre 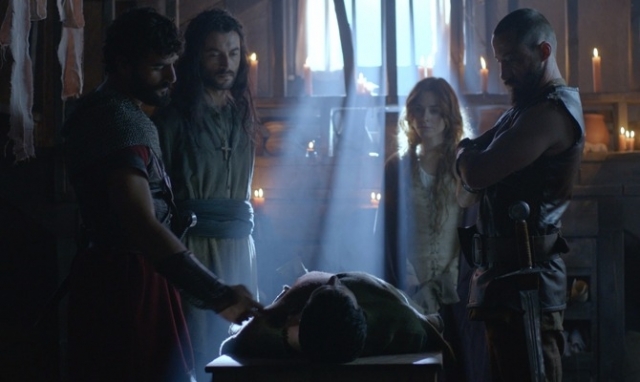 Televisión Española has released the first trailer of the fiction TV series set in the Middle Ages 'El final del camino', an advance of just over a minute that helps us to see first hand the work of locations has been out on the set, take a look at the first sword-fighting and put a face to some of the main characters. The series of fiction with a historical background closely linked to the Camino de Santiago, will have a first season of 8 chapters and it seems that TVE is keeping the bullet in the chamber to 2017, when planned release.

'El final del camino' will as a backdrop and thread the construction of the cathedral of Santiago on the remains of the Apostle and will star three brothers exposed to the turbulent medieval times in the northern kingdoms of the Iberian Peninsula. For the fiction series will be some famous historical figures such as Alfonso VI, Constance of Burgundy or Diego Gelmírez, bishop and dómine de Compostela, main characters with the three brothers infighting among the Christian kingdoms of the north, at the same time they find a common struggle against the Almoravids kingdoms occupying the south. 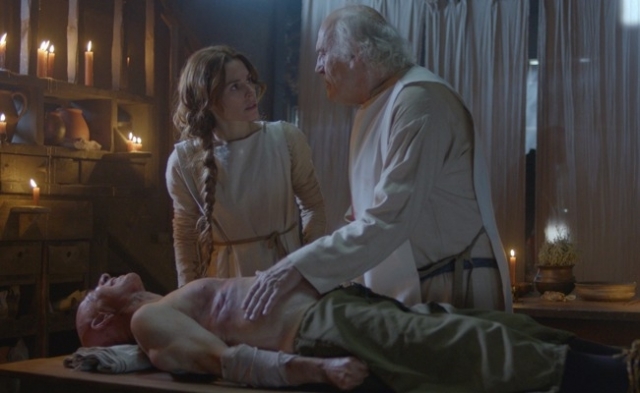 As we say, the cathedral of Santiago is the most important symbol of the series, although the city of Compostela will be recreated trying to remember his splendor in the Middle Ages, besides the streets of Toledo, the palace of King Alfonso VI and many others historical sites. Nor should we forget that 'El final del camino' was shot in natural and historical sites of Galicia.

In Vive el Camino will be particularly attentive to the news of 'El final del camino' to bring you all the information in this series of historical fiction as related to the pilgrimage route. Below you can see the first preview video of the coproduction of TVE and TVG.