Monasteries of the Camino de Santiago that you cannot miss

Along all the Jacobean routes, one can find all kinds of panoramas. In addition, of beautiful and different landscapes that change according to where we are on the road, having to cross so many towns allows us to enjoy architectural works that are centuries old. 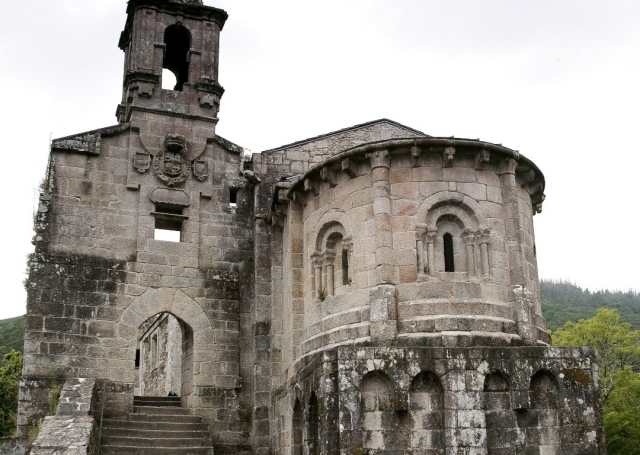 Performing the Camino de Santiago means, in addition to a connection with nature that allows us to escape from our daily routine, the possibility of knowing some unique landscapes and buildings with great cultural value.

Here are some of the monasteries that you cannot miss if you travel the Camino de Santiago.

Monasteries that you cannot miss on the Camino de Santiago

The ruins of the monastery of San Antón

A few kilometers from Castrojeriz, in the province of Burgos, are the ruins of what was the monastery of San Antón. This important building is one of the most interesting points of the city and you can enjoy it at the stage that leaves Burgos within the French Way. From what was in the eleventh century the newly constructed monastery that served as a pilgrim's hospital, old columns and walls are maintained in addition to the arch that we have to cross to follow the Jacobean route.

O Cebreiro is one of the most important places of the French Way. The arrival in this town is an achievement since it is the entrance to the Galician community. In addition, other points of interest located in this area, in O Cebreiro is the Sanctuary of Santa María La Real. Although, at present it does not maintain its monastery, its original building had one in its surroundings that served the pilgrims who made the road. Today, you can visit the church that is still preserved and that is one of the oldest monuments on the entire Camino de Santiago.

Along the French Way we will have to pass through the town of Nájera, in La Rioja. In this municipality, we can find the Monastery of Santa María La Real de Nájera, built in 1032 and mixing different architectural styles. Inside this monastery, the cloister stands out, called de los Caballeros and where we find the Charles Gate, and the temple with the Royal Pantheon.

The monastery of Santa María del Puerto, located in Santoña, is a Romanesque building built in the thirteenth century, at the time of repopulation. At the moment only its church is conserved, which was reconstructed in the Gothic era and that counts whose origin is most surprising. It is said that this church was founded by Santiago Apóstol in the year 37 during his stay in Spain. After this fact, the Benedictines founded the monastery in the same place.

In Pontedeume, a town that must be crossed during the English Way, we can enjoy the Caaveiro Monastery. The Monastery of Caaveiro is inside the Fragas del Eume, a natural park that crosses the Eume river. It was founded in the 10th century and considered the oldest monastery in Galicia. Visiting this building means, in addition to being able to appreciate its structure and its history, to be able to enjoy a unique panorama of the Fragas del Eume.