Monforte de Lemos will celebrate the officialdom of the Winter Camino, but without a Jacobean milestone 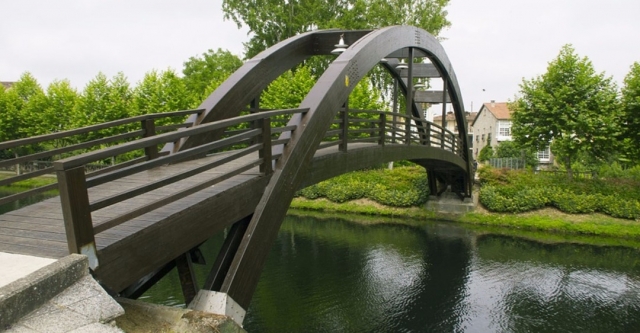 On 17 September Monforte de Lemos will hold the officialdom of the Winter Camino, an event organized by the Association to the Camino de Santiago pola Ribeira Sacra in the town of Lugo, but in the act won't be inaugurated the Jacobean milestone signaling that was provided by the organization. The request to palce the monolith has been denied by the city of Monforte to the association, who last week presented the program of events to commemorate the new official route.

As explained, the communication of the monolith was to be installed has been done without taking into account the opinion of the council and without presenting papers required or specification of the Jacobean milestone which was intended to place in the Doctor Goyanes Square. The refusal of the council has come in the form of a decree, which also warns that placing a Jacobean milestone in the Winter Camino is premature because not even approved its path by the relevant public authorities, still unknown where it will take exactly. Approval and communication of the new signage will have to come from Xacobeo soon.