More than 10,000 compostelas at Easter on the Camino de Santiago 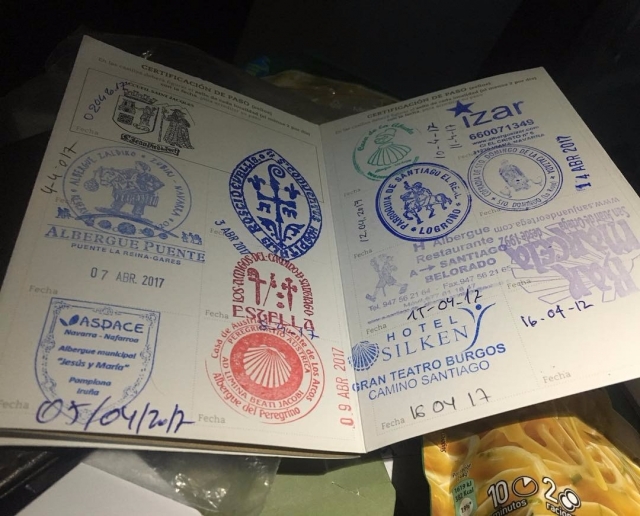 The Jacobean Route establishes a new record of affluence after raising in 2016 the maximum list of number of pilgrims in a year with 278.041 pilgrims. According to data from the Office of the Pilgrim, in the 7 days of the just concluded Easter of 2017, 10,041 compostelas were delivered in the office in Santiago de Compostela. The compostela is a document granted by the Cathedral of Santiago that believes that the pilgrim has traveled more than 100 kilometers to the city of Santiago.

Although Easter this year has fallen in the month of March, the figure of more than 10,000 compostelas surpasses in almost 200 the last record, established in the last Jacobean Year of 2010, with certificates delivered to 8,256 delivered to pilgrims. The good weather has encouraged more pilgrims than ever to make the Camino de Santiago during this holiday period, which has filled national pilgrims such as the French Way or the Portuguese Way, where several accommodations in the area of ​​Pontevedra were full.

Just a few days ago, we told you that just last weekend, 3,450 pilgrims arrived in Santiago de Compostela (1,874 Saturday + 1,576 Sunday), a number that exceeds the number of pilgrims who concluded their pilgrimage in the city during the months Of January and February combined.