A collective born in Lalin to boost the Jacobean routes 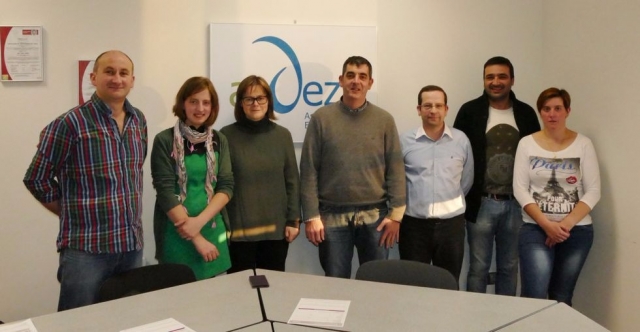 Boost performance and make the passage of the Via da Prata and the way of Inverno by Lalin is the goal that the newly created Association of Friends do Camino de Santiago Deza Lalin mark. The aim is to position the region Lalin and in sections of both Jacobean routes through the area. Within this you will, above all, offer alternative pilgrims passing through the village Lalín, especially in the case of those who follow the Via da Prata and who fail to enter the town.

The group was promoted by hoteliers Lalín Restaurant Moncho Villanueva Villanueva, who was elected president of the group, and Emiliano Garcia de la Casa do Gato, which was named vice president. The association was formed at a meeting held at the headquarters of the AED.

She was elected secretary Chus García, also secretary of the dezana employers. The treasurer is Raquel Rodriguez Canton House Dozón and Cecilia them Sanmartin Sanmartin O House Bodice add; Santiago de Asla Travel Turisplanet, the driver Marcos and Marcos Martinez Cervela cafeteria A Garota and Roque Pulpería.One of the first steps will be a membership recruitment campaign is underway and holding a first activity.

It will be the realization of the first stage of the Camino de Inverno the 17th and the participants will travel twenty kilometers from Ponferrada and Borrenes. The trip to Leon lands will be by bus and travel, food, and secure credential will be offered.The intent of the group is to make a step every three weeks and study the possibility of making the next bike. With the collaboration of the organizers of the Roteiros Lalin and they want to have the concellos of the region. The group also maintains very good relations with associations of Ribeira Sacra, Valdeorras and Bierzo.

The association considers necessary endowment in Lalin a hostel in the village to complement the existing offer and to facilitate the stay of pilgrims in the villa. A project that already has in mind the group of government. The association is also working on offering a menu for pilgrims and highlights the potential of both routes and the need to seize the passage of pilgrims through the village. An entry of visitors expected will increase with the official recognition Inverno Road.