Pedro Antonio Peña for the recognition of new routes: "I find it very interesting"

"I go from Marbella, I'm not going to Malaga, I go out from my house, I am in favor of that by doing the Camino everybody out from home".

Recently we were able to talk to Pedro Antonio Peña, the man of the 57 Compostelas and professional authentic Camino de Santiago, on different aspects of the current path, including the increasing presence of pilgrims and tourists. In fact, Pedro Antonio no roads, like the French, trying to catch as little as possible: "I left the French in 93 - said that there no longer returned, and I have not - but I find it sometimes Primitivo, but I try and go out less Melide ". You prefer the tranquility of lesser known roads that we can enjoy and live, "without having to run". Recently discovered a new route being done, and yet it seems that the mass of people come to everywhere: Pontevedra friend told me 'there is a new road that goes from here to Santiago'. Well I've been doing and find it beautiful. However, as I found four Italian by the way, and that 'it was again ...! Even in theory is not recognized, because there is a boat stage and would have to authorize for the compostela. - Pedro Antonio Peña 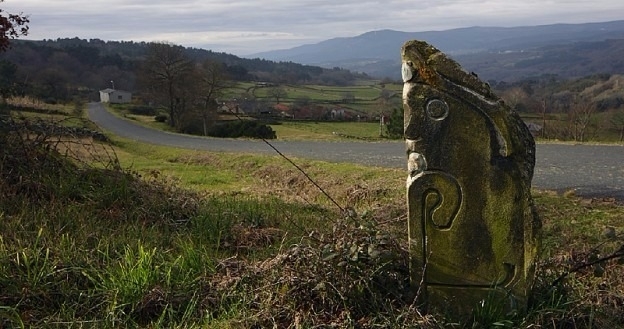 For this pilgrim veteran inclusion of new routes it is fantastic, because of the opportunity to visit other places of Galicia and Spain. Yes, as long as there is some kind of certificate that has historically been a Camino de Santiago. I find it very interesting. On the map we have the National Geographic Institute, which has been reflected all the sites were de Santiago, ie starting points of the road ... from all points of Spain was going to Santiago! It is logical to recognize, if for example has shown that there is a history of a gentleman of Jaen in the fourteenth or fifteenth century went to Santiago, and there is a written record ... it is a way to Santiago ... I go from Marbella, I'm not going to Malaga, I go out from my house; I support that doing the Camino everybody out from home. - Pedro Antonio Peña

However, Pedro Antonio already has set its next destination on the road, at least his next long route, which will leave for next September. A favorite of this famous pilgrim paths is the Via de la Plata since it was '93 said in a pilgrim on the French route. "I decided to do it in 95, and since 95 is the more times I've done ..." he concedes, but in September again expect a big stretch: Since they have been expanding the Roads to Santiago from Andalusia, and does not exit from Jaén, exit from Malaga and Seville. We left all of our capital and we met in Merida. I try to do every year from Malaga to Santiago. And I have done so Caceres, so the next long road will be that, and I'll leave it to September. From Caceres to Santiago. - Pedro Antonio Peña

Of course, we wish good luck to Pedro Antonio on that route.