Pedro Antonio Peña, looking for his 57 Compostela at 79

Summing all the time he has been on a pilgrimage to Santiago de Compostela, this passionate journey has been about five years walk without stopping 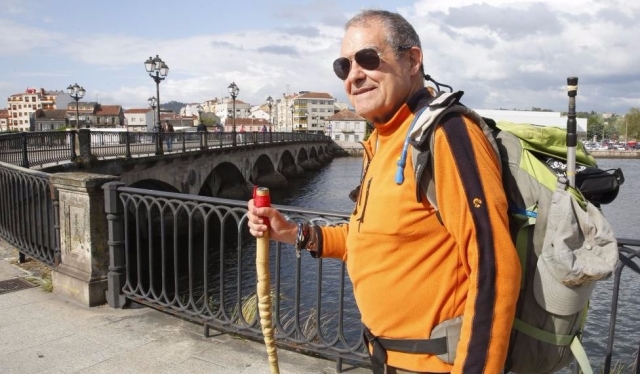 A professional authentic way, so we could describe Pedro Antonio Peña, who at 79 has already managed to seal compostela 56 times. Now this resident in Marbella, despite suffering heart for more than a decade, is preparing to complete its route number 57, the only the way that has not happened yet: Spiritual Variant.Pedro Antonio Peña recently completed for the sixth time, the Primitive Way.

In this way, and adding all the time he has been on a pilgrimage to Santiago de Compostela, this passionate journey has been about five years walk without stopping, traveling around 300,000 kilometers in total.This pilgrim has lived, over the years, changing the Camino de Santiago. Between 1987 and 1996 he made the French Way twelve times, but recognizes that since then has done it again this route, because thereafter the journey began to massively losing part of its charm. And, at that time, pilgrims could count on only a few tens of thousands a year, as they are now hundreds of thousands of pilgrims who come every year to Santiago.

The Catalan birth that met Santiago on their honeymoon, and it was not until 1987 when he decided to make his first route completely alone, because "is what hooked him."