Collecting signatures to improve an intersection of North Road in Boimorto 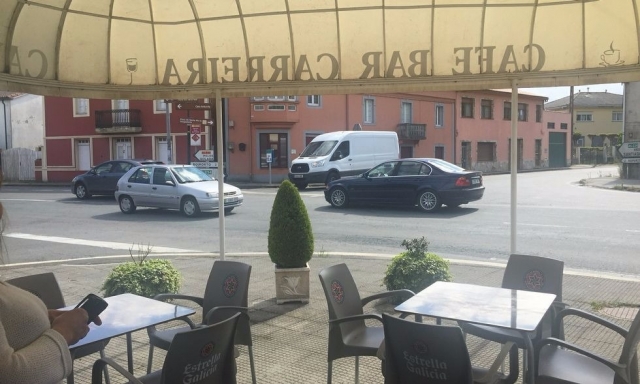 Security in some parts of the different routes of Camino de Santiago remains in doubt. If a few days ago complaints were focused on some sections of the so-called Portuguese Way Pontevedra, complaints now focus on North Road, specifically in a road junction located in Boimorto.

Candelas Lozano, a resident of the town and affected by the lack of security of the crossing, feared to have to regret a disgrace for the administration to take appropriate measures, because their claim is not new, and for years calls for more security. Candelas Lozano has begun collecting signatures among the residents and pilgrims who come to the area through the North Road to improve road safety is at the intersection.which leads to Melide (AC-840), which is directed to Arzúa (AC-234), and that targets Sobrado (AC-934): A height Corredoiras, three roads meet.

It is the latter that most pilgrims come after 9 kilometer route, reaching Carreira Candelas Bar Lozano and her husband. Restaurateurs claim a protective wall to protect the terrace of your local, which is situated on the edge of the crossing. In the last 20 years there have been at least eight accidents causing damage to housing, so the neighbors think it's only a matter of time a misfortune befalls one of the pedestrians or pilgrims.