The Miramar Palace, popularly known as the Royal Palace, is an English style building located in the city of San Sebastian in the province of Gipuzkoa. It is a project designed by the British architect Ralph Selden Wornum and built by the Spanish architect José Goicoa at the end of the 19th century at the request of the Spanish Royal House.

After weighing up other places on the peninsula such as Monte Urgull or Aite, the Miramar Municipal Palace is located in front of La Concha Bay at the request of Queen Maria Cristina of Austria, who admired the coastal city on the Bay of Biscay. On December 2, 1967, it was considered an outstanding Basque cultural and built heritage site, as it offers one of the most impressive views of the city.

Some areas of the palace remain intact from its original construction

The Miramar Palace, Royal Palace or Municipal Palace of Miramar is purely English in style with some neo-Gothic decorative elements. Inside there are some areas that have been preserved faithful to their original construction, as is the case of the Library, the White Room or the Royal Dining Room. Over the years, it has undergone continuous reforms to make it a more functional place.

In front of the Miramar Palace in San Sebastian you can enjoy spectacular views, where you can find extensive gardens decorated with flowers, trees and the bay of La Concha in the background. Without a doubt one of the points with an aesthetic and urban perspective of great importance. 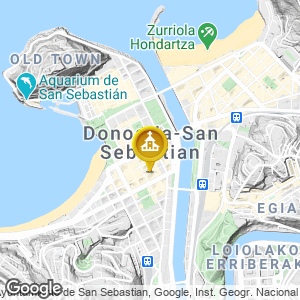