Inaugurated on July 11, 2008, the Río de la Pila Funicular located in Santander, Cantabria, was built to connect Río de la Pila Street with Paseo General Dávila. In this way, the City Council managed to avoid the steep slope that exists between both points of the city.

One of the best bird's eye views of the Cantabrian capital is undoubtedly achieved through the Río de la Pila Funicular. As you ascend by transport, you will understand the views that await you from above. Once the journey is finished we can see the whole bay of Santander, as well as the most important buildings of the center.

It offers spectacular views of the entire bay of Santander

The Rio de la Pila funicular stands out for its incredible views once up. The elevator has a maximum capacity of 20 people and access to it is completely free. Operating from six in the morning until midnight, it travels 78 meters with four stops: Rio de la Pila, San Sebastian street, Prado San Roque and El Regimiento soccer field in Paseo de General Davila.

Within an urban renewal project and being the only existing funicular in Cantabria, to reach the lowest point there are also installed an escalator, in addition to a staircase with more than 120 steps for those who decide to walk. 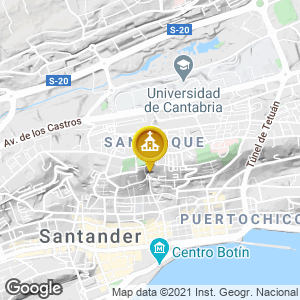