From these figures continue throughout the year, in 2016 a record of pilgrims unprecedented mark 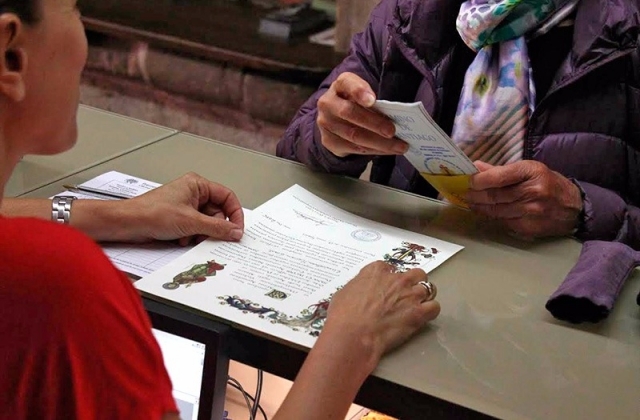 A record pace, which was expected, because the influx of pilgrims is, this year, much higher than immediately following years. The Pilgrim Office has delivered 146,660 Compostelas until July but ... how do we know if they are good data? The comparisons give us the answer. In 2010, the last Xacobeo, between January and July 133,356 registered pilgrims. Last year, in which the record was broken, had registered 137,392 pilgrims, receiving all their Compostela.

Data from this year pulverize the previous record: 146,660 Compostelas sealed until July, showing an increase of 6.7% over last year. From these figures continue throughout the year, not only confirm the good moment that passes tourism related to the Camino de Santiago, in 2016 a record of pilgrims unprecedented mark. In addition, as planned, in summer the influx of domestic tourists has increased significantly: In July, 58.74% of pilgrims were Spanish, followed by Italians (7.27%), US (5.10%) and Germany (4.46%). The two most successful routes are once again the French Way and the Portuguese Way, in that order.