Seven solidarity marathons to Santiago in just one week 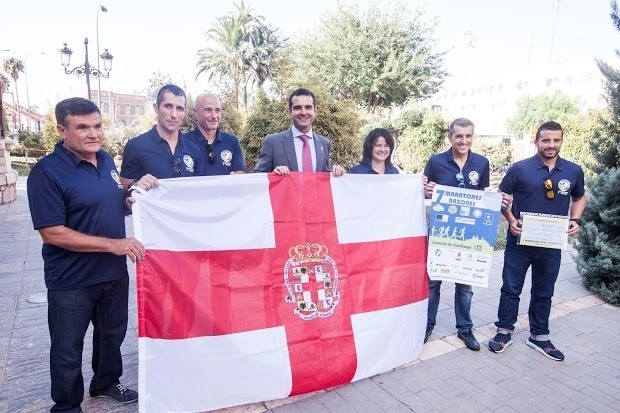 No less than seven marathons is the objective of a group of six sports enthusiasts from Almeria, everything for a united purpose. The runners will cross the Camino de Santiago from León to Compostela in seven stages, covering a total distance of 309 kilometers, dedicating each day to a different solidarity association, in recognition of their work and performance.

Juan Antonio Cintas, Daniel Bueno, Miguel Angel Garcia, and Jose Ramon Tejada are the four runners, who will be accompanied by two walkers for logistical support, Monica and Francisco Podemio Reguillo. Its sporty and supportive challenge will begin on September 29 in Leon and will end in the city of Santiago on October 5, being its main objective to give more visibility to those collectives.

The initiative, which it says the runner Juan Cintas, arises from "the values of the Camino de Santiago" has been presented in the provincial deputation of Almería and the city hall, where the mayor, Ramón Fernández-Pacheco, has praised its "commitment and solidarity". The project will be support by eleven companies that will sponsor the runners during the stages.