St. Olav's Way: The Norwegian Way of St. James, from Oslo to Trondheim

Discover another pilgrimage route that thousands of people walk in this Scandinavian country. 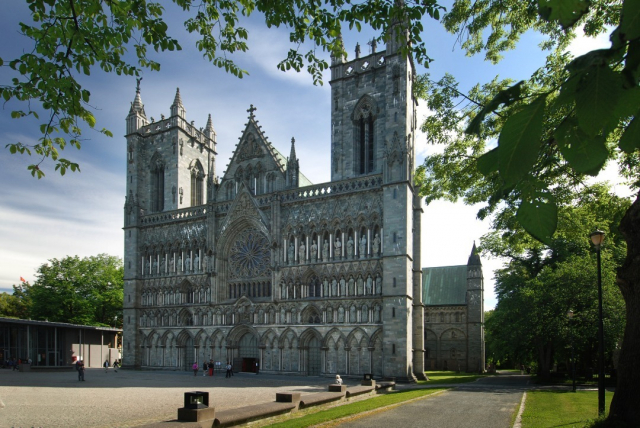 Although we are used to talking about the Camino de Santiago, this is not the only pilgrimage route that exists today. There are several major pilgrimage routes in the world, among which several are in Europe, such as the St. Olav's Way in Norway.

Origin of the St. Olavs Way

The pilgrimages to Nidaros Cathedral in Trondheim, and thus the origin of the St. Olav Way, began in 1030 after the death of St. Olav in Stiklestad. In this cathedral is the tomb of St. Olav who was declared king of Norway for the previous 15 years.
After being a very popular Viking king among his people, St. Olav spent a few months in France where he learned about Christianity. It was in 1014 that he returned to his country and began to spread Christianity throughout Norway. Two years later he was elected king of Norway until 1030 when he died in a battle that took place in Stiklestad.
According to historians, in that battle there were all kinds of miracles, something that made many people consider Olav as a saint. It was in 1031 that he officially obtained this title, and he was also considered a martyr.

If we choose Oslo as our starting point to St. Olav, there are many different stages ahead of us. It takes more than a month to cover them all, considering that there are more than 600 kilometers that separate one point from another and at least 20 kilometers are covered in each stage.
The St. Olav's Way from Oslo is also known as the Gudbrandsdalsleden route and has different variables as is the case with several Jacobean routes, a clear example being the Portuguese Way with its variable along the coast.
The pilgrims who walk this route emphasize that it is a very well signposted route and that it enjoys the most varied landscapes. This means that each of the stages is different and therefore so is its difficulty.

All the routes of the Way to St. Olav

Although the route from Oslo is the best known within the Camino San Olav, there are many other variables. As with the Camino de Santiago and all of its Jacobean routes, there are many paths that lead to the Cathedral of Nidaros. Some of these routes lead directly to Trondheim, while others end at another route.
Activity

How to get to León to start the Camino de Santiago
Camí de Sant Jaume or Catalan Way: Stages and Map
Hiking Routes in Galicia for lovers of the Way of St. James
Camino Lebaniego: Stages, Credential, Jubilee Year and Map