The English Way already has its own association of towns 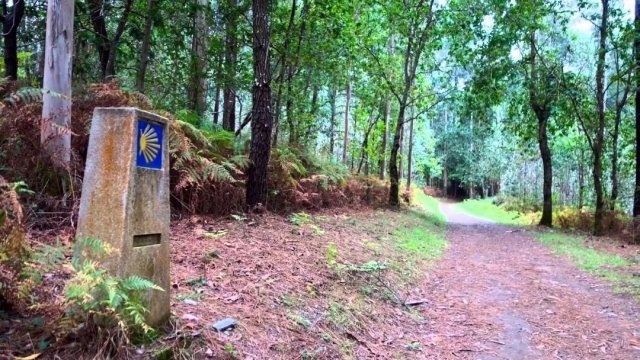 This Tuesday has held a very special day for the English Way, the Jacobean route that is born in A Coruña and Ferrol to travel the province to Santiago de Compostela. In the town of Carral the Association of the English Way has been officially established, which from the moment of its birth pursues the objective of promoting this route of long Jacobean tradition, which has historically served as a bridge between the peoples of northern Europe and the road to Santiago.

The Association of the English Way will have its first president in Manuel Mirás, current mayor of Oroso, while the vice presidency corresponds to the concello of Ordes; The secretariat is in the hands of Betanzos and the treasury of Carral and the three vowels are for Messiah, Pontedeume and Narón. The association will be made up of 14 of the 18 concellos or town councils of the province of A Coruña through which this route passes: Ferrol, Narón, Neda, Fene, Cabanas, Pontedeume, Minho, Paderne, Betanzos, Abegondo, Carral, Mesía, Ordes , Oroso and Santiago. Only the localities of A Coruña, Culleredo and Cambre have not been added to it.

The English Way is a Jacobean route with many hundreds of years of tradition used by the pilgrims of the north and west of Europe that took by boat to the coasts of A Coruña to Santiago de Compostela. Among these pilgrims were mainly English, but also Scottish, Irish, Scandinavian or Flemish, who took the variants that are born in A Coruña or Ferrol. At the moment it is a route in height that each time take more pilgrims and that it is increasing its services and accommodations dedicated to the pilgrim. In addition, for some months it is already possible to obtain the compostela starting from Ferrol or A Coruña.