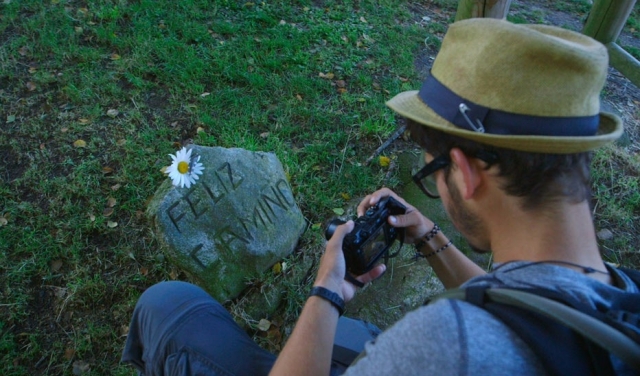 A few weeks ago just told you about 'Footprints: El camino de tu vida', a project of Infinite + 1 about the Camino de Santiago that will be released in just a few days selected from Spain, Latin America and the United States rooms . A few days after its release we learned that part of their box office will go to programs for the homeless of Spanish Caritas, an initiative to seek help those who need it most. Since the production are identified and solidarity with the homeless, of which include "a desire to excel and sacrifice" enormous.

The tape reaches the Spanish cinemas on Friday September 23 (soon I premiered it will expand to other countries), it is directed by Juan Manuel Cotelo (La Última Cima, Tierra de María) and illustrates the journey of pilgrimage for 40 days and 1,000 kilometers of a group of young pilgrims from Arizona. The pilgrims will visit the beautiful North Way, the Camino Lebaniego and Primitive Way, until his arrival in Santiago de Compostela away sometimes the path to get into places of great beauty as the Picos de Europa or visit the Virgin of Covadonga.

'Footprints: El camino de tu vida' adopts a distribution system on demand (that the producer has already worked well in the past) thanks to which are precisely those viewers requesting that the film is released in some cities or other. Filling in a form you can request its release in more locations; in Spain at the moment the film is now available from 23th September in cinemas from Valencia, Madrid, Alicante and Toledo.