The most beautiful villages of the Primitive Way

Discover the most beautiful villages that you can visit while walking this challenging Jacobean route. 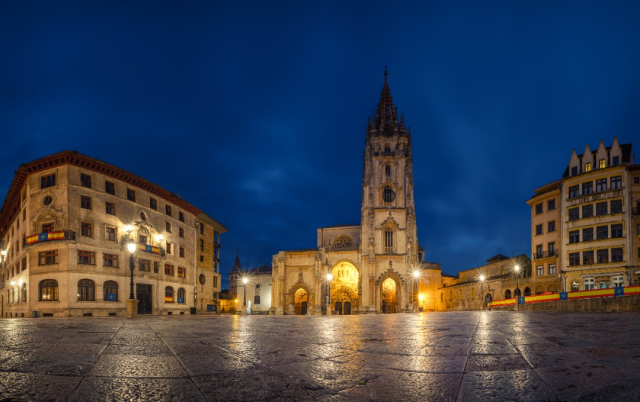 The Primitive Way is one of the most famous and emblematic Jacobean routes of the Camino de Santiago. On the one hand it has the merit of being the oldest Jacobean route in the world and which was the origin of the Camino de Santiago, while on the other hand it is one of the most challenging for pilgrims because of its great unevenness that we find in its different stages. These are compensated thanks to the beautiful landscapes that we can find in the long list of villages of the Primitive Way, some of them being the most outstanding for their natural beauty.

Below we show you the main villages of the Primitive Way, which stand out for their natural charm or for having some monuments of great historical and / or archaeological value. In general, all the villages of the Primitive Way stand out to tourists and pilgrims, but here we have compiled those that have had the greatest impact on visitors.
Camino Primitivo: Charming towns and places.
Grandas de Salime
One of the most emblematic villages of the Primitive Way is Grandas de Salime in the Asturian community. This village is a key point in this Jacobean route for two main factors, for being the last town before entering Galician lands and for the hard climb that pilgrims must travel before arriving there.
Lugo
Although we can consider it as a city, Lugo is also included among the most beautiful places of the Primitive Way. Its history and its link with the Roman period is known throughout the Iberian Peninsula to the point that the Wall of Lugo is included as a World Heritage Site and the festival Arde Lucus has international recognition.
Melide
Already within the province of A Coruña, we find Melide, a place where the French Way and the Primitive Way merge to reach the capital. Like Lugo, this town is closely related to the Roman Empire, in addition to other elements of great architectural value. Among these elements we find the Cruceiro de Melide, considered the oldest in Galicia and dating from the fourteenth century, and the church of Santa Maria de Melide, one of the most important religious buildings of this town.
Arzúa
Many people think of the world famous Arzúa cheese when they think of this town, but there are many more factors that we can highlight about it. From this town of A Coruña you can taste first hand cheese and honey of first quality, nature in all its splendor.
Oviedo
Besides being the capital of the Principality of Asturias, Oviedo is one of the most beautiful points of the Primitive Way. This town is the beginning of this Jacobean route and a place where pilgrims can discover all kinds of emblematic places. In Oviedo we can mention the Monastery of Santa María La Real de Obona and San Miguel de Lillo, as well as the well-known Cathedral of Oviedo, which stands out both historically and architecturally.
Activity