The Road to Le Puy: The main Pilgrimage to Santiago de Compostela in France

It is the first European cultural itinerary and one of the oldest and most important traditional French routes for pilgrims. 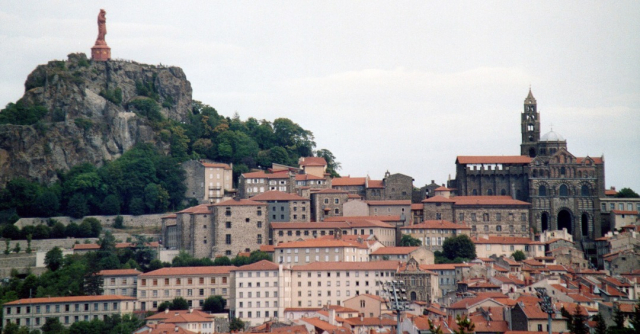 Four main roads were built to reach the north of Spain

It is well known that since the discovery of the remains of St. James the Greater in the 9th century, the Way of St. James became one of the most important Christian pilgrimages during the Middle Ages. Reaching the tomb of one of the most prominent apostles of Jesus of Nazareth meant receiving plenary indulgence, which is why the Jacobean phenomenon today has as many routes as starting points.

Hundreds of thousands of travelers set out for Santiago de Compostela and, as a result, a vast cultural heritage of sites, hospitals, hostels and bridges was built, as well as a heritage in the form of myths, legends and songs. Europe ranks as one of the main centers of pilgrimage, as the routes to the Galician capital stretch across the continent from Germany, Italy and France to Spain.

One of the Jacobean routes with the longest historical tradition and most international recognition is undoubtedly the French Way. During medieval times, four main roads were built to reach the north of Spain. Once over the Pyrenees, the four routes unite into a single route that runs from east to west throughout the Iberian Peninsula, something that is known today as the Main Street of Europe.

Why choose the Le Puy Way to do the Camino de Santiago?

One of these four starting points from France to Santiago de Compostela is the Camino de Le Puy. It is the first European cultural itinerary and one of the oldest and most important traditional French routes for pilgrims departing from Switzerland and southeast of Paris. Today it is by far the most traveled path among those who decide to immerse themselves in this fascinating experience.

And no wonder. Pilgrims walk the Le Puy Way for a variety of reasons. While for some it is just a long walk of more than 1500 kilometers, for others the reasons are historical, cultural or religious. It can become a very significant event in life, as this historic trail crosses different stages with fantastic panoramic views, monuments and places of great relevance within the Jacobean phenomenon.

All the stages of the Le Puy Way

The Le Puy Way is a journey of more than 753 kilometers divided into 29 different stages. Pilgrims who decide to choose this route to do the Camino de Santiago, will begin the adventure in Le Puy-en-Velay and end in Saint-Jean-Pied-de-Port to finally continue along any of the variants of the French Way.

Road to Le Puy from Conques

Continue along the French Way: