The routes and starting points of the Camino chosen by pilgrims 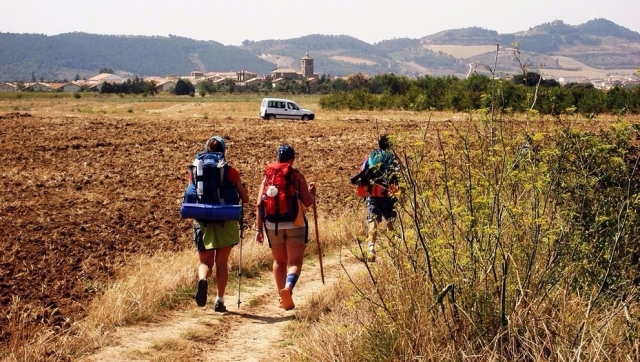 What routes do pilgrims choose most to make the Camino de Santiago? Which starting points are the most used? Surely before these questions the most logical answers that all come to mind are the French Way and Sarria, not without reason. That's right, it is the route and starting point most chosen each year by pilgrims, however where more questions arise is how the rest of the routes of the peninsula and the starting points are distributed.

We take advantage of the recent survey conducted on ViveCamino to all the pilgrims who have traveled the Camino de Santiago in 2017 to try to answer these questions in detail and to know more deeply the preferences of the pilgrims who visit this community. We have received more than 400 participants, which will serve to draw a mental map of the behavior of the walkers during this year, although as we have been remembering, to consult official data about the Camino de Santiago (and complement the data of this survey) we recommend visiting the website of the Pilgrim's Office. 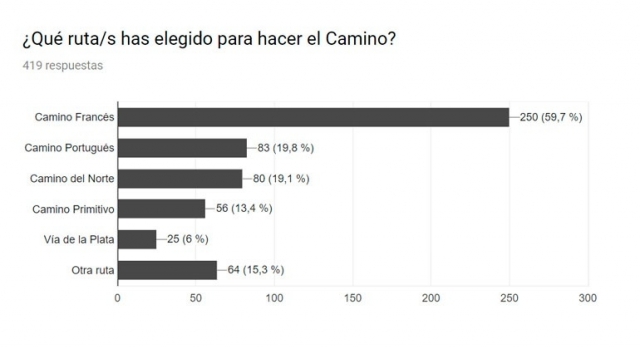 The Portuguese Way and the Northern Way, technical tie

Of the pilgrims who participated in the survey, as we anticipated, the French Way is the most chosen route, with 59.7% of the votes, evidencing the great distance that separates it from the rest. However, in the second place we find the Portuguese Way and the Northern Way practically tied, with 19.8% and 19.1% respectively, which means that at least among the ViveCamino community, the Cantabrian route has a lot pull, even more than the official data that we have been consulting since the beginning of the year.

Then, and cutting off distances, we find the Primitive Way, which approaches 13.4%, very far from 6% of the Via de la Plata, the route from south to north. The much-distributed 15.3% is divided among the rest of unspecified routes (English Way, Way of Levante, Way Mozárabe, etc). 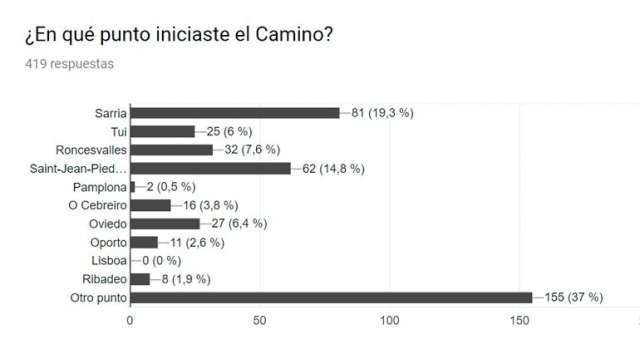 The starting points, widely distributed, although Sarria remains the most chose

As for starting points, the data is much more distributed than with the routes. As expected, Sarria (19.3%) is the starting point that pilgrims have chosen the most during their pilgrimage, since it allows to make the Camino with a minimum of 100 kilometers to obtain the compostela, being able to travel in 4 or 5 journeys. But not all the pilgrims look for a short and bearable Camino de Santiago; those who are looking for an experience in which to spend weeks, crossing the Pyrenees, choose Saint-Jean-de-Port (14.8%), one of the starting points of the French Way.

Other pilgrims (7.8%) prefer to start the French route directly in Roncesvalles, already in Spanish territory, while only 3.8% choose the iconic start point of O Cebreiro or other localities such as Pamplona (0.2% ) to start the French route. As for the Portuguese Way, 6% of the total choose the town of Tui to leave for Santiago, while 2.6% of the total choose Porto; of all respondents, it seems that no one started their trip from Lisbon. We do not forget the Primitive Road, started from Oviedo by 6.4% of the respondents, compared to Ribadeo (1.9%), the entry of the route in Galicia. 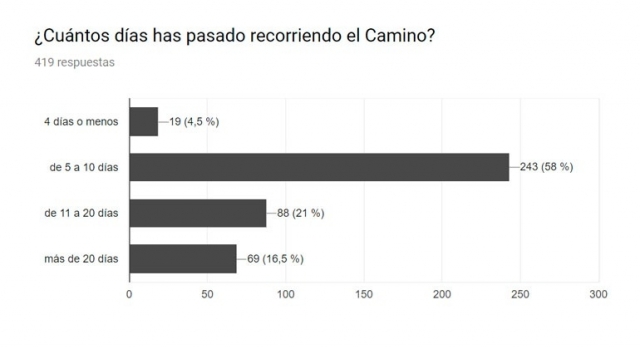 For last we want to share a very important information of the pilgrims' behavior: the time spent on touring the Camino de Santiago this year. Although many pilgrims with limited time, especially in high season, seek to travel the last days of the French Way (mainly from Sarria), survey data state that more than half (58%) of walkers use 5 to 10 days for pilgrimage to Santiago.