These are the winners of 5 DVD of Footprints: El camino de tu vida 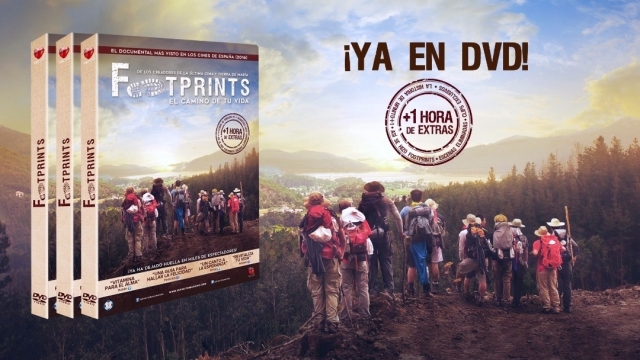 As you know about two weeks ago we began a contest through which we drew 5 DVDs of the film Footprints: El camino de tu vida, the documentary film revelation in Spanish cinemas during 2016, focused on the Camino de Santiago experience. During these two weeks you have been more than 300 pilgrims from the community of ViveCamino that you have encouraged to participate, and once the term of the contest, it is time to announce the five winners, which are as follows:

Starting this Tuesday, January 3, we will contact you privately through Facebook with the five winners to send you their copies of Footprints: the way of your life.

Footprints: El camino de tu vida, directed by Juan Manuel Cotelo, follows closely the story of a group of people embarking on a journey of 1,000 kilometers for 40 days, pilgrims who begin their journey after seeing an advertisement published in Arizona in search of one's existence. The destination, the Camino de Santiago, the centennial route with hundreds of different starting points but always ending in the Cathedral of Santiago.