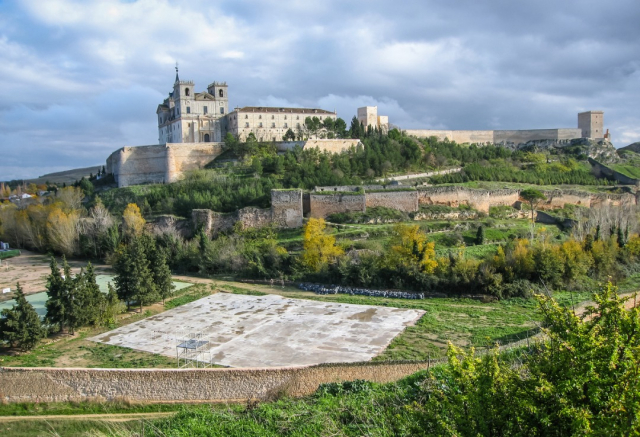 The Monastery of Uclés is a fortress dating from the 16th century that is on the Camino de Uclés. Its castle appearance denotes what it really is, since it is the main house of the Military Order of Santiago. However, this construction is a castle and a convent on both sides. The monastery was built on a part of the perimeter of the fortress, some parts of which are preserved, such as the towers of La Plata and the Homage. The complex was donated by Alfonso VIII to the military order for the army that would fight in the Reconquest to take refuge.

With the arrival of Pedro Fernández, first master of the Order of Santiago, the building became a monastic fortress. It was not the only one that the Order of Santiago had, since there was another in San Marcos de León, which competed for a few years with the Uclés. In 1230, Fernando III el Santo, unified both fortresses, and since then Uclés is considered the main headquarters to which such illustrious figures as Velázquez or Quevedo belonged.

Known for being the Escorial de la Mancha, it was declared a National Monument on June 3, 1931. To access the complex will be done through the first basil wall, where you will reach the convent, built between 1529 and 1735. To this Plateresque it is succeeded by a 16th century Herrerian style church, a 17th century parade ground, the north and south wings, and the Churrigueresque façade from 1735, built under the reign of Felipe V.

In the church of the Monastery of Uclés, there is the tomb of the poet Jorge Manrique and his father Don Rodrigo Manrique. Here also Santo Domingo de Guzmán, founder of the Dominicans, took the habit. And if this was not enough, the Monastery of Uclés has appeared in the background in the last scene of the film Alatriste, when the captain dies in the battle of Rocroi.

The weather in Uclés 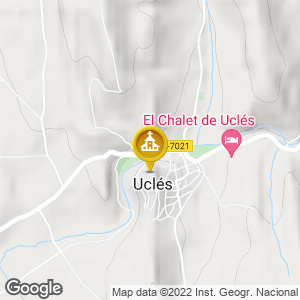