The Vilalba Angel Campos can boast no less than 23 Compostelas 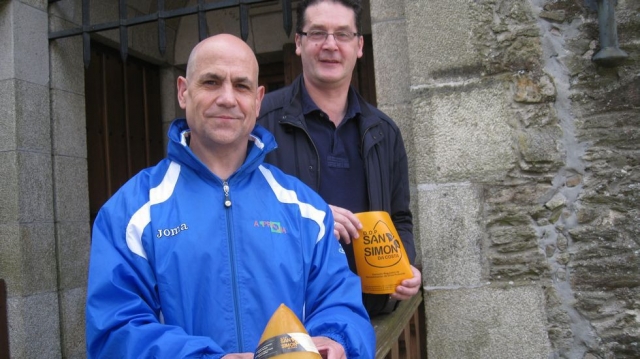 But it is not a pilgrim any. The Vilalba Angel Campos, unlike the vast majority of the thousands of people who decide to make the Camino de Santiago every year, can boast no less than 23 Compostelas.Vilalba will now start a route, this time by the so-called Northern Route, and recover his strength after days of walking with cheese San Simón da Costa.

At least, though, you will not miss in the backpack Angel Campos thanks to the name of Orixe San Simon da Costa, who has decided to "sponsor" this new adventure veteran and experienced pilgrim.Angel Ramil, secretary of the Regulatory Council of the Designation of Orixe Queixo San Simon da Costa, assured that "it is a way to collaborate."

Angel Campos is already thinking about his next challenge: in June aims to make the Primitive Way from Oviedo to Santiago.