Although probably of Roman origin, the greatest development of Villatuerta occurred in medieval times and, as a consequence of the Camino de Santiago 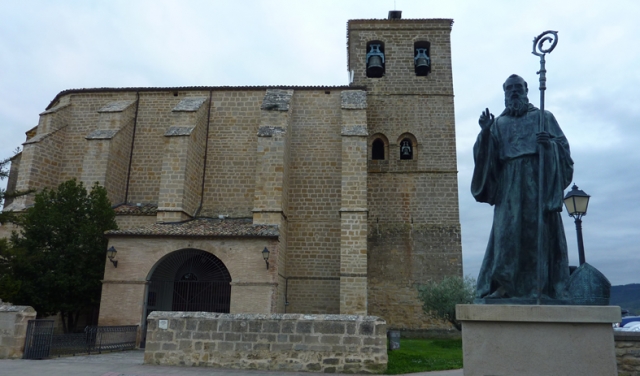 Since then it has retained its Romanesque bridge over the river Iranzu, the river that that divides the town into two neighbourhoods, the one below (older) and the one above. The parish church, dedicated to Our Lady of the Assumption, also of Roman origin, it had to be rebuilt in the XV following the destruction caused by the Spaniards.

Villatuerta disputes with Arellano as to which location has the honour of being the birthplace of Saint Veremundo, the abbot of Irache in the second half of the XI century, and the patron saint of the Navarra Camino in Santiago. The hermitage of San Miguel, situated in the direction of Estella, dates back to the X century.

It was designed as a monastery. Inside it houses important sandstone figures, now preserved in the Museum of Navarre. The Camino de Santiago passes very close to this temple, which the pilgrims usually visit to deposit a piece of paper with a wish enclosed. Its doors are always open.

Distance from the Camino de Santiago from Villatuerta

If you are traveling on the Camino de Santiago or are planning to do so soon, you should know that the distance separating Villatuerta from Santiago de Compostela is 668 kilometers. 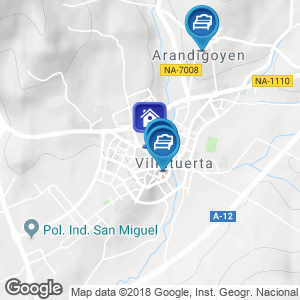