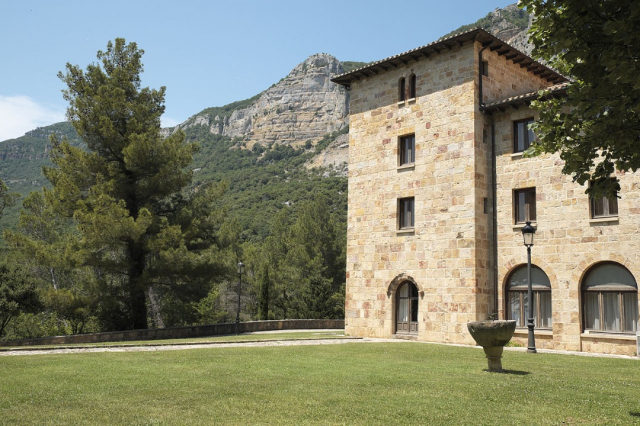 The Foral Community of Navarre is one of the territories most attached to the Camino de Santiago, since there is Roncesvalles, the starting point of the French Way, the route that most pilgrims travel. This influx of pilgrims in recent centuries gave rise to numerous monuments worth visiting, such as the Monastery of Leyre.

A key place in the history of Navarre

The monastery is located in the small Navarrese town of Yesa, which currently has about 300 inhabitants. The time of its foundation is totally unknown. The first historical reference to this monastery is the visit of the monk Saint Eulogius of Cordoba in the year 848, who recorded his stay in this place in his chronicles.

This place was also for centuries the refuge of the kings and bishops of Pamplona during the Muslim domination. The monastery reached its maximum splendor under the reign of Sancho García el Mayor and from the 11th century it served as royal pantheon for several of the kings of Navarre.

The current building is one of the best examples of the most archaic Romanesque architecture, although it also has Gothic elements. Its main attractions are the royal crypt, the "Porta Speciosa" vault or a Romanesque portico, dating from the 12th century.

The monastery and its surroundings can be visited freely, for which it is not necessary to make a reservation if the visiting group is less than 10 people. On the other hand, they also offer guided tours by reservation from 10.00 to 19.00h, which include a tasting of typical dishes of the area for a price of 3 € (in addition to the entrance fee).

It also has a hotel within the monastery complex, where you can wake up listening to Gregorian chants, a restaurant and a bar. In addition, this accommodation is enabled for pilgrims on horseback.

The weather in Yesa 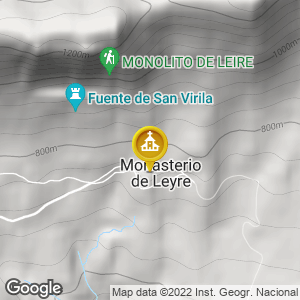