8 routes to travel and get to know different parts of Spain.

From the green panoramic views of the north of the peninsula to unparalleled maritime landscapes, there are numerous routes to visit different Spanish cities by car. 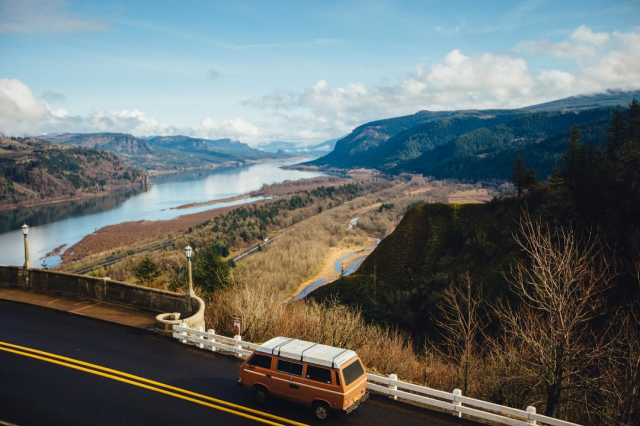 The spontaneity of road trips can be truly exciting. Generally speaking, moving from one place to another involves a lot of planning: marking a destination, setting a vacation, making reservations and starting to organize all the itineraries that we will carry in our suitcases. However, with the pilgrimage behind the wheel we are not tied to any particular plan, but can set our own route and visit different places instead of just one.

Road trips stand out more for the experience than for the destination itself. It is a way to take advantage of free time with family or friends and create all kinds of bonds or anecdotes along the way. Driving allows you to venture away from a fixed course and explore multiple towns and cities. In addition, you can enjoy the scenery as you go along the road, and Spain is one of the best destinations for this activity.

The best routes to visit different parts of Spain by car

Spain is one of the best countries to travel by road. From the green panoramic views of the north of the peninsula to its mountainous interior, passing through the incomparable maritime landscapes or near the coast, there are numerous routes to travel and get to know different Spanish cities by car. The following is a list of the eight most outstanding routes for this adventure.

The Cantabrian Way is a route that runs along the north of the peninsula and parallel to the Cantabrian coast. It can be traveled from east to west or the other way around, and is the perfect opportunity to enjoy the beautiful scenery from the Basque Country to Galicia. Throughout the trip there are hundreds of charming villages, towns and towns that overlook the sea, so you will probably fall in love with this experience.

One of the ways to discover the true magic of Galicia is traveling through the route of the Costa da Morte. It is a road that runs along the entire coastline and retains intact its mystical aura. Its rapturous beauty begins in Carballo and ends at the Finisterre Lighthouse, and is named after the dangerous cliffs along the way.

It could be said that the Ruta de la Plata is the Spanish "Route 66". As you can imagine, this road owes its name to the Vía de la Plata and its set of Roman roads that originally linked the settlements of Emerita Augusta (Mérida, Extremadura) and Asturica Augusta (Astorga, León). It is one of the best trips to travel through the west of the country from south to north or vice versa and be amazed by the cultural richness that is discovered along the way.

From Plasencia to Tornavacas (Cáceres, Extremadura) there is a spectacular route of approximately 50 kilometers. The Jerte Valley is a route that can be traveled by car at any time of the year but, however, in the cherry blossom season between late March and early April produces a landscape that will remain in your memory forever.

It is well known that the protagonist of Miguel de Cervantes' novel and the greatest work of Castilian literature, Don Quixote, mistook the great mills of La Mancha for giants. The Ruta de los Molinos is a way to marvel at the vast plains of La Mancha, to immerse yourself in medieval times and discover the techniques used to harness the wind and grind grain.

Spain is popularly known for its beaches, and the coves that can be seen from Lloret to Tossa de Mar along the Costa Brava route in Catalonia is a great example of this. You will find it impossible not to take out your camera to immortalize each of the corners, as well as to appreciate the Morisca or the Tortuga and other emblematic monuments of the region.

It is well known that many houses are painted white in order to chase away the summer heat. The picturesque scene offered by the different Andalusian facades gave its name to this iconic route in southern Spain. With stops in 19 villages in Cadiz and Malaga, you can also appreciate houses adorned with flowers that, with the blue of the clear sky, leave a panoramic view that will seduce all your senses.

8. Route of the Alpujarra (Andalusia)

Granada is also one of the most magical and fascinating places in the Iberian Peninsula. In addition to having some points of great interest such as the Alhambra and other great cultural treasures, the Route of the Alpujarra of Granada is another of the best options to visit and get to know different Spanish places. The trip starts in Lanjarón and ends in Trevélez, an ideal place to taste one of the best hams.