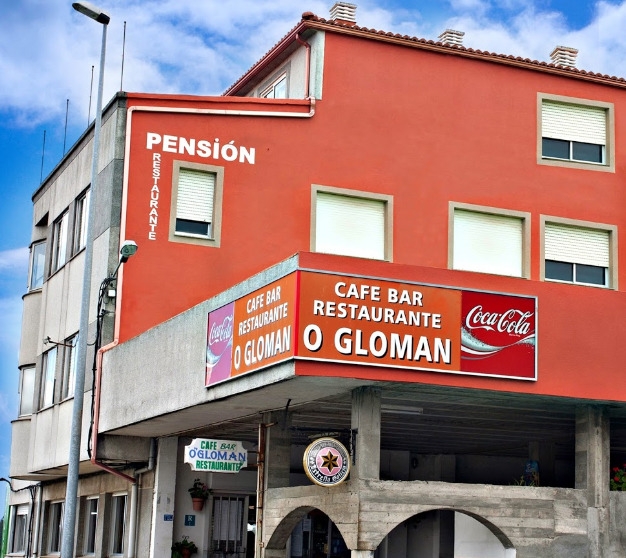 Arzúa is one of the places in Galicia, on the French route, with the most hospitality on offer. In fact, this location concentrates the highest number of rural tourism establishments in the province of A Coruña. On entering the centre, on calle de Lugo, visitors will encounter successive private albergues; they have even been adapted for those travelling by bike. In total, this urban enclave has a public albergue and seven private ones. The public accommodation, situated on calle Cima do Lugar, consists of an old stone building constructed in the XV century, previously it was a pilgrim hospital.

During busy pilgrim times the council also enables two central sports centres, that of O Viso and of Santa Maria. This option is reserved for pilgrims travelling in large groups, such as school or university groups, reservation should be made in advance, its costs 3 euros. As alternative accommodation, there are nine hostels and Guesthouses, a hotel, situated at the exit of the enclave and, up to 15 rural tourism houses. Two of the most notable are Pazo de Santa Maria, in Arzúa itself, and Pazo de Sedor. A little further away from the urban centre, but with facilities for pilgrims, there is Casa Brandariz, they offer walkers free transport from the town centre to the establishment, situated roughly 10 km away, close to the reservoir of Portodemouros.

Hostels and accommodation of Arzúa (3) 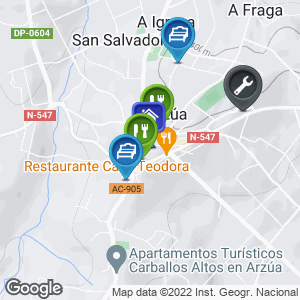