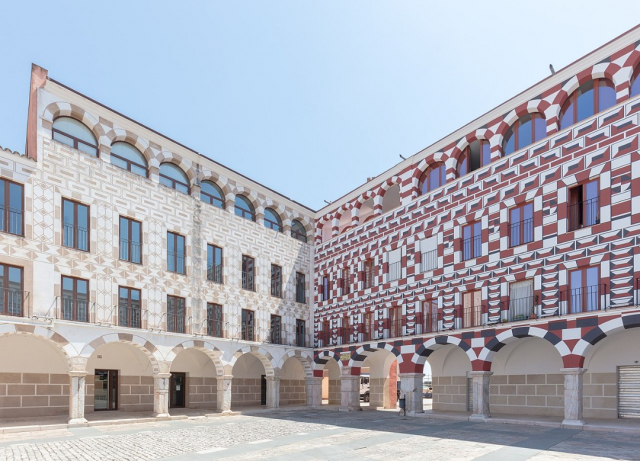 Badajoz has an enormous cultural and artistic interest. The municipality is popular for its large number of historic buildings and places to visit while walking the Camino de Santiago from Cáceres. Among them is the Plaza Alta, a large square dating from the 15th to the 17th century, which over the years has become one of the main tourist attractions in the capital of Badajoz. Together with the Alcazaba of Badajoz, it is one of the most impressive constructions in the Extremaduran city.

The Plaza Alta has two clearly differentiated areas, but both scenes are connected from north to south forming one of the most peculiar places of the city. Its location, as well as its enormous artistic and architectural value, is due to the fact that it has a great historical connotation. White, red and black are mixed with other stone materials to make it unique and one of the ten most spectacular squares in the whole country.

One of the most spectacular squares in the whole country

Its three exterior walls are delimited by a large one-piece building in which different ages of history can be distinguished. It is believed that the Plaza Alta was built on top of some old houses from the Muslim era, as it is directly connected to the wall of the Alcazaba. Its most recent appearance was promoted at the end of the 17th century by Bishop Marín de Rodezno, with Renaissance supports and Baroque style decoration covering almost the entire perimeter.

The Plaza Alta of Badajoz is not only a special place for the optical effect that cause the colors, but also by the historical elements that form it. Besides serving as a meeting point, throughout all these centuries has had different purposes. In fact, on the columns of the arches themselves, there are painted signs indicating that it was used as a market. 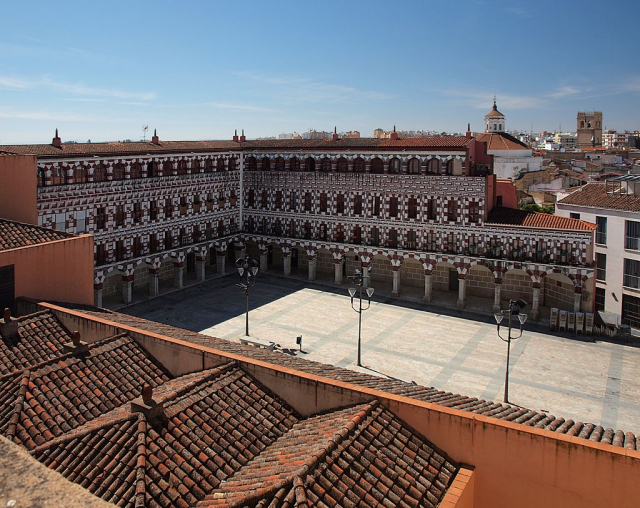 Festivities in the Plaza Alta in Badajoz

Festivals have been held in this area since the Middle Ages, including that of the arrival of the Infanta Isabella of Portugal in 1525 and the exaltation to the throne of Carlos III.

Nowadays, popular festivals are still held here every year, such as the Almossassa festivities, which celebrate the founding of the city of Badajoz by the Muslim warlord Ibn Marwan in the 9th century. These festivities are held at the end of September. In addition to this, flamenco exhibitions and Christmas festivals are held every year.

The weather in Badajoz 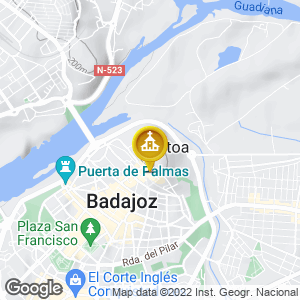